Jon and Pedro have only one obsession in their minds: to rescue and revive old Garnacha vines. This pair are the soul of Aseginolaza & Leunda, the winery located in the D.O. Navarra where this team, both biologists by profession, are dedicated to making wines with a very simple philosophy: respect for the environment combined with minimal intervention in the winery. So manual labour and respect for the soil and terroir are the main factors in the creation of Aseginolaza & Leunda Kauten, a red wine that is made as the youngest and most modern expression of this historic variety in Spain.

Although Jon and Pedro usually work with old vines, with Aseginolaza & Leunda Kauten they have opted for vines between 10 and 15 years old located in Olite (Navarra), in a plot located on the upper terrace of the Zidacos river basin (410 metres above sea level). The soils in this zone are poor and calcareous clayey with sporadic stony areas. The work is entirely manual and dry in order to reduce the environmental impact as much as possible and to respect the soil, flora and fauna (this means no use of pesticides or herbicides).

This minimalist focus is maintained in the winery, where Jon and Pedro don’t intervene too much. After the manual harvest, the grapes are taken to the winery in 15kg boxes and go directly to destemming (minus the 25% that will stay in clusters). This small amount will be placed at the bottom of the stainless steel tank, while the rest (without the stalks) is placed just above it. At this point, alcoholic fermentation will begin with native yeasts and throughout the fermentation process, the wine will be pumped over with the cap plunged daily. After this, Aseginolaza & Leunda Kauten is devatted and manually pressed before being sent to another stainless steel tank for malolactic fermentation. Finally, Aseginolaza & Leunda Kauten will be aged in old French oak barrels for 3 months before bottling without filtering (only by natural decanting) and without additives.

Real reviews from customers who have purchased this product
25974 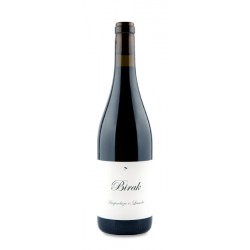 Complex youth that will surprise you 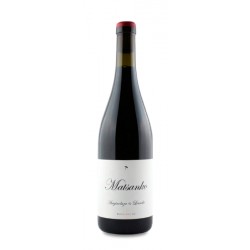 A Garnacha with character 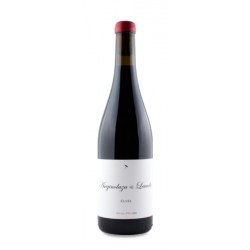