Norrel Robertson is "el escocés volante", a Master of Wine and flying winemaker who in 2003 chose Calatayud as a place of residence to be able to develop oenology in Spain and southern France. He ended up starting his own project, focusing on the Grenache and Calatayud. He considers that there is no other country with such richness and diversity of Grenaches as Spain, and those of the area of Aragón, where he works, offer an infinite range of soils, altitudes and orientations. 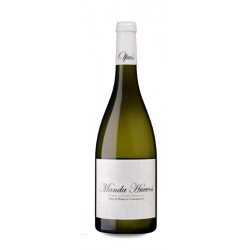 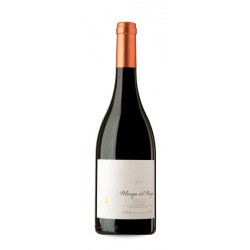 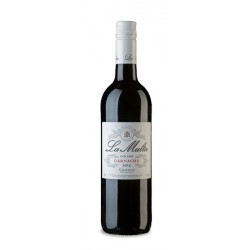 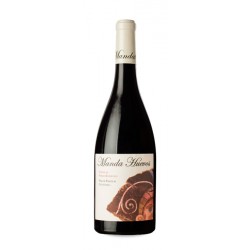 Norrel was born and raised in Scotland. After graduating from the University of Aberdeen with a MA Honours Degree in Politics and International Relations, he worked in the wine industry, first in the area of ​​retail and then in the development of products.
In the 90s, Norrel decided to continue the winemaking path, so he started working on the Chianti harvests in Italy, Portugal, Australia, France and Chile. In 1998, he began a Master of Wine, which he finished in November 2000. He was given the Robert Mondavi Award for best overall performance.
In 2002-2003 he studied a postgraduate course in Viticulture and Oenology at the University of Lincoln in Christchurch, New Zealand. He attained his postgraduate degree with distinction.
In 2003 he moved to Spain as an International Services Oenologist. He quickly fell in love with the old Grenache vines in the area of ​​Calatayud, Aragón, and decided to start making his own wines.
In 2004 he launched his first wine, Manga del Brujo.

His company took off successfully and now produces many award-winning wines made from specially selected vineyards at high altitude in Aragón. However, the company also has production projects in Murcia, Andalusia and Galicia. Right now he is in charge of the production of wine in Spain for different companies, specialised in the marketing of wines destined to the markets of the USA and UK. He also works as an oenologist-adviser for some wineries in Spain.

His work philosophy is based on maximising the potential of the raw material to produce intense wines with an intense sense of terroir. In the production he works with a lot of cement and he is progressively reducing the use of barrels in the majority of his wines. He supports the destemming of the Grenache, and the soft extractions generally with punch-downs, as well as working with lees. He also uses polyethylene egg-shaped containers to produce some of his wines.

When Norrel sees a unique vineyard, he immediately visualises the wine it would yield. During the last years, he has been dedicated to select plots of old Grenache vineyards planted in vase-shape in the area of Campillo, on the hills of Monte Armantes, with vineyards located on the hillsides of the mountain ranges of the valley of the river Ribota, at an altitude of 700-800 metres above sea level. The vines have an optimal drainage that, alongside the minimum annual rainfall and a wide temperature range between day and night, allow them to achieve an excellent aromatic concentration.

He does not have his own winery, and he makes his wines in the wineries of San Gregorio and San Isidro.

In the last two years he has been working on a new farm, Finca del Val, located at 950 metres of altitude. Here he has started to produce wines with Viognier, Tinta de Toro, Syrah and Merlot.
Norrel searches for good vineyards and partnerships with local winegrowers. This was he has a suitable place to produce, new labels are generated depending on the market most of the time, and the wines are marketed, both in the national and international markets.  The company has always relied on local winegrowers to delve into the study of each area and each variety, as well as its historical wines. And when working with unique vineyards, the philosophy is to always reflect the personality of the terroir and the landscape, sometimes even above the variety.

The wines from El Escocés Volante as a good flying winemaker, are made in several areas distributed throughout the Spanish geography , although it is in Calatayud where his company has a greater number of labels.

La Multa - Old Vine Garnacha. Grenaches from old vineyards in the Ribota valley, with a minimum age of 45 years, planted on clayey-calcareous soils.  Fruity aroma of cherry and plum, with notes of minerals, spices and leather. Good structure, with fine, soft tannins and a well-balanced acidity.

Papa Luna is born from a coupage of 75% Grenache, 20% Syrah and 5% Mazuelo, from the highest vineyards on the hills of Monte Armantes, with a long period on its fine lees to achieve length and complexity. A powerful aroma of black fruits, ground pepper, smoke and toast, with well-balanced tannins and a lingering, mineral and complex finish.

Dos Dedos De Frente is made mostly with Syrah (97%) and a hint of Viognier. The Syrah comes from the farm Finca del Val, located at 950 metres and cultivated on soils with boulders. It is aged in 12 barrels with a capacity of 225 litres, made with French oak from Hermitage, Darnajou and Dominique Laurent Coopers. It has aromas of cassis and box of cigars, with floral notes of violets. Full and unctuous on the palate, with intense shades of black fruit, and a very well assembled oak.

Es lo que hay is a varietal of Grenache from old vines planted at 1,000 metres of altitude on slate and quartzite soils. It is a wine without wood, as it ferments in open vats, aged for 20 months on its fine lees. It has pronounced aromas of crushed violets and sarsaparilla, with notes of minerals and Mediterranean garrigue, with round tannins, good acidity and a long finish. It has a slight mineral shade.

Manda Huevos - Caña Andrea. It is a single-vineyard wine from the municipality of Villarroja. The vineyard has 1.5 hectares, the top part was planted in 1908 and it contains a potpourri of varieties, with around 85% of Red Grenache, and the rest is a mixture of White Grenache, Moristel and Bobal. The lower part was planted in 1979 with Red Grenache.

Manda Huevos Blanco  - Carramainas. It is a white made from the plot Carramainas, in Villarroya, from an old vineyard of Maccabeu and other white varieties, located 900 metres above sea level on the foothills of Sierra de la Virgen. It has fermented in 900-litre egg-shaped deposits, and aged for 10 months on its lees, with periodic batonnages before bottling, and a minimum filtration.

La Multa is a 100% Verdejo from La Seca and Medina del Campo, aged for 8 months with its fine lees. It has aromas of tropical fruits, green plums with notes of smoke and flint. In the mouth it is fresh, with good acidity, and an end with notes of fennel and minerals.

The Cup & Rings Albariño is a single-variety of Albariño from the sub-area of ​​O Salnés. Half of the wine went through the malolactic fermentation, with a treatment and ageing for 24 months on its fine lees. It has varietal aromas, of peach, honeysuckle and stone fruits, with mineral notes.  Elegant, with a balanced acidity, dry apricot, and the character of green mango fruit with a creamy and mineral finish .

The Cup & Rings Godello is a pure varietal of Godello, the result of a production project between Norrel and Terras do Cigarrón. The grape comes from Villar de Vos, which has a great variety of types of soils, with slate, silt, sand, clay soils, and alluvium from the river Támega. 20% of the must is fermented in large French oak barrels, with Burgundy yeast strains. Subsequently, it was left for 6 months on its fine lees, before filtering and bottling. On the nose it has a pronounced intensity of baked apples, with creamy notes of oatmeal and cinnamon. It is fresh, with a good acidity, and certain saline notes from the ageing on lees.

The Cup & Rings Mencía is a varietal of Mencía from vineyards located in the valleys between the towns of Corullon, Villafranca del Bierzo and Cacabelos. They have very complex soils, ranging from alluvial clays and stones, to granite and shale at the bottom of the valley. It is a fresh wine, without wood, with aromas that are characteristic of the variety. Wild berries, cherries, plums, with soft tannins, very fruity in the mouth, and a very well balanced acidity.