Portuguese wine is not just a story of the great fortified wines from the Porto region that have made a name for the country’s winemaking scene. Portugal ranks first in the world for wine consumption per person. This is a country with vineyards spread across the whole country, including on its islands, with over 250 native varieties, many of which are only grown in Portugal. Home to whites and reds, fortified wines, unique wines like those from Madeira, sparkling wines, rosés... this is a fascinating journey full of gems to discover. Bem-vindos! 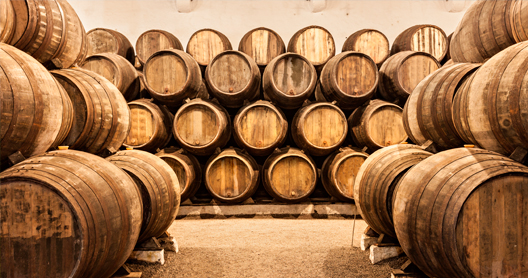 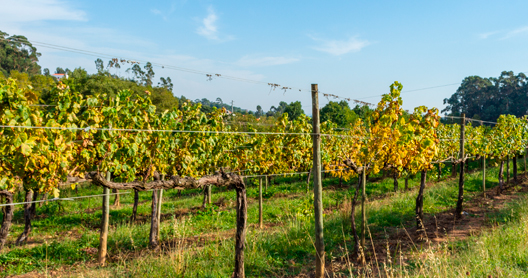 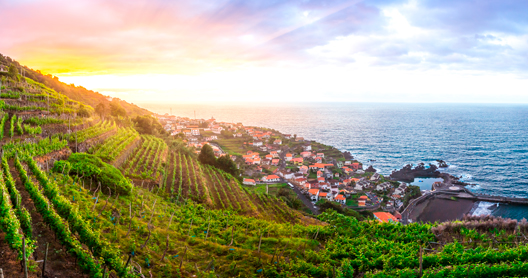 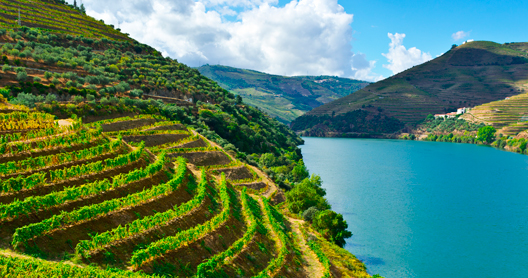 You are viewing 220 products 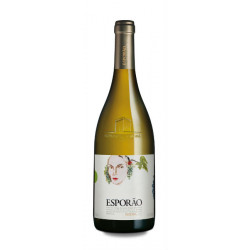 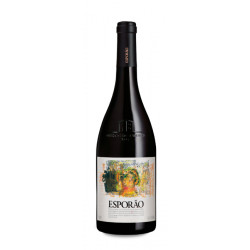 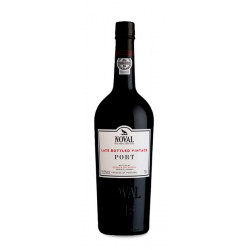 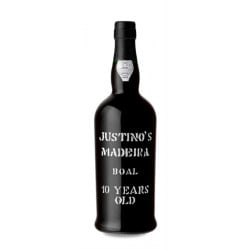 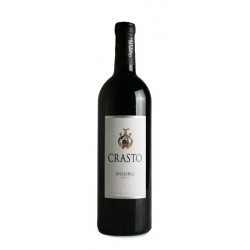 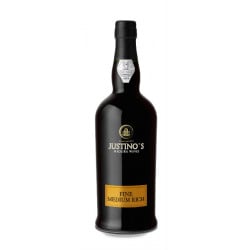 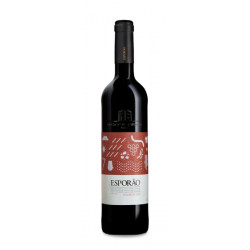 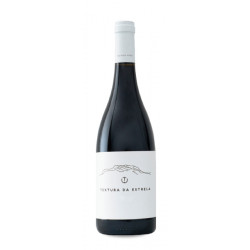 The magnificent expression of wine, wood and time in harmony 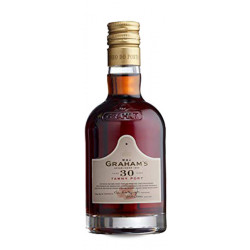 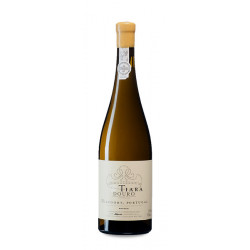 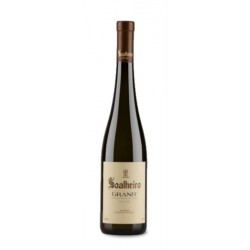 A cool walk through the Douro 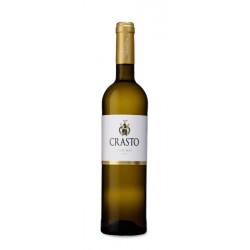 A fortified port wine for any occasion 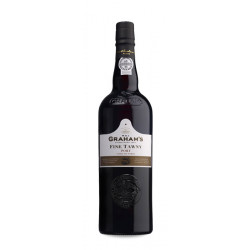 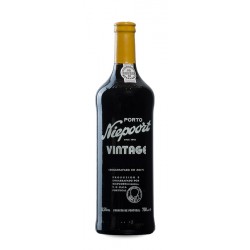 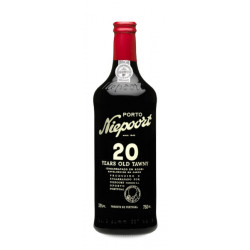 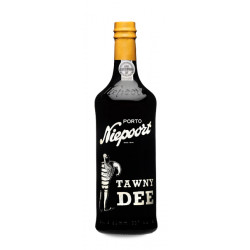 A white wine from high up vineyards 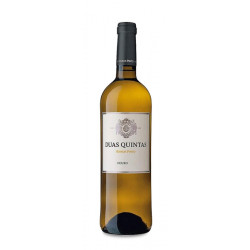 An excellent fortified wine from an exceptional year 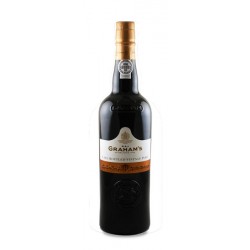 Dão native varieties with a fresh and elegant expression 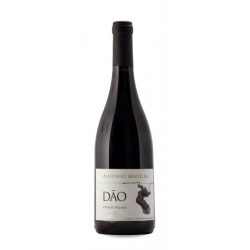 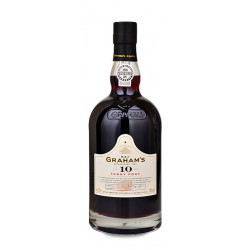 A worthy exponent of the Alto Douro 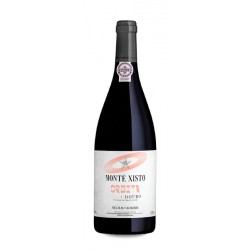 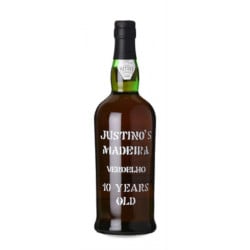 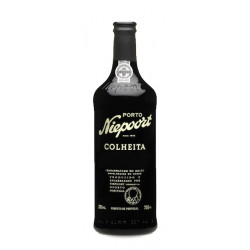 An Albariño and Loureiro white with a mineral touch of Minho 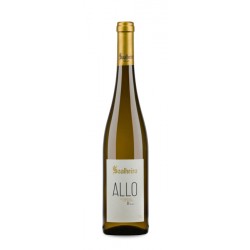 Portugal is sixth in the world in terms of wine producers. Although for a long time it has only been known for its great fortified sweet wine: port, this country also makes a wide range of whites, reds and rosés, as well as sweet, fortified and sparkling wines.

Without losing its identity, Portuguese wines have recently reached the top of international rankings. Producers have quickly been able to catch up with the evolution of modern viticulture and the new generation of winemakers are known for their commitment to native varieties and for knowing how to reflect their characteristics in wine.

There are not many countries this small with such varied weather and geography. The two most important characteristics of this country are the Atlantic climate that bathes the coast and the two great rivers that cross the country: The Duero and the Tagus.

Its isolated position on the Atlantic edge of Europe, with only Spain as its neighbour, has helped preserve the native varieties and unlike many other countries, they have not been distracted by the influence of French vines.

In terms of red varieties, the star grape is the Touriga Nacional but Baga, Castelão Francês, Ramisco and Tinta Roriz (also known as Tempranillo) grapes are also widely used.

As for white wines, Portugal has recently made itself known as a serious producer. Native varieties like Alvarinho, Arinto, Loureiro and Maria Gomes are the most commonly used.

In order to indicate the quality of the wine, Portugal puts different identifying designations on each label. These depend on where the wines come from and how they are made:

Quality Portuguese wines produced in specified regions (VQPRD) are high-quality, limited-production wines that are made from certain varieties from specified regions. This designation includes two subdivisions:

-Controlled Denomination of Origin (DOC) wines come from the oldest producing regions that are geographically defined and regulated by their own legislation that determines the characteristics of the soil, grape varieties, winemaking and bottling.

-Regulated Provenance Indication (IPR) wines are made in regions that need a minimum period of 5 years to comply with the quality standards needed to be classified DOC.

-Regional wines are table wines that are made in a specific production region.

-Table wines are those not included in any of the previous categories, but that, nevertheless, have quickly caught onto new-generation wine innovations, setting themselves completely apart from the old mixed wines labelled “garrafeira”.

With these classifications, there are currently 31 Protected Denominations of Origin and 14 Geographical Indications spread across Portugal. A great diversity of different locations that can be identified using the two most important rivers as the starting point: the Duero and the Tagus.

The north region, between Galicia’s border with Spain and the Duero river, is characterised mainly by its extensive mountain range stretching up to 2,000 metres above sea level. The areas worth noting here are Vinho Verde, Porto and Douro. Vinho Verde is known for its young, light, fresh and dry white and red wines. The famous wines from Porto are fortified wines. Finally, the Douro Valley produces elegant and refined red wines and dry, balanced whites.

In the middle, between the Duero and Tajo rivers, lie the country’s two oldest wine regions: Bairrada and Dão. These two regions are once again showing great promise despite losing their way at some point during the last century. Firstly there is Bairrada, south of Porto, which produces strong and fruity reds made mainly with the Baga variety. Then there is Dão, which is named after a small river that runs through the region and produces firm and somewhat austere red wines with local varieties.

The south of Portugal stretches from the Tagus river down to the wide Alentejo plain. Here, the areas to highlight are the Setúbal Peninsula, known for its fortified muscat wine and Alentejo, for its great reds.

Finally, it is worth mentioning the subtropical island of Madeira, which is very well know around the world for its fortified wine. This is the only wine in the world that is produced using a procedure known as “estufagem”. The name relates to a type of oven that adds heat to an emerging wine and helps preserve it for a long time.

Given the amazing Portuguese wine scene, it is no surprise that the country is full of wineries. Here are a few examples:

Niepoort
Dirk Niepoort is one of the leading figures in the Portuguese winemaking world. Originally from the Netherlands, he revolutionised the Duoro in the 90s, showing that Portugal is not just about fortified wines from Oporto. Using the principles of modern viticulture, he produces great white and red wines that are well-known around the world. He is based in Vila Nova de Gaia, but also has vineyards in Dão and Bairrada.

Graham’s Porto
Lying an the top of a hill in the Portuguese wine mecca, Vila Nova de Gaia, Graham’s Porto dates back to 1820 when the Scottish Graham family settled there with the aim of specialising in high quality wine production. The Graham’s Porto winery has the perfect location, with a mild climate and ocean currents providing excellent conditions for wine storage and aging. Their port wine quickly began selling for very high prices and gained an international reputation.

Justinos
Established in 1870, this is one of Madeira’s oldest wine producers and exporters. Justinos is a real ambassador for the island of Madeira. With a philosophy of “do one thing, but do it well”, they have earned respect in the wine industry and have a presence on all five continents.

Quinta de Soalheiro
Located in the extreme north of Portugal, Quinta de Soalheiro is known for being the first winery to bottle in Melgaço in 1974. Owned by the Cerdeira family, this winemaking project has promoted the quality of the DOC Vinho Verde like no other. Elegant, fresh and very vibrant wines made with native varieties.