French wine is possibly the most recognised wine in the world. Regions like Alsace, Burgundy, Bordeaux or the Loire Valley have a special place in any wine lover’s imagination. France is a country with a great diversity, and great contrasts in terms of landscape and climatology. That's why we can find a wide range of French wine, ranging from light white wines to memorable red wines. From fresh and light young wines such as Beaujolais Nouveau, to the great Château wines in Bordeaux. French wine is more than just wine. French methods of cultivation and winemaking have influenced countless wine regions around the world in one way or another. Here we present the best French wines. 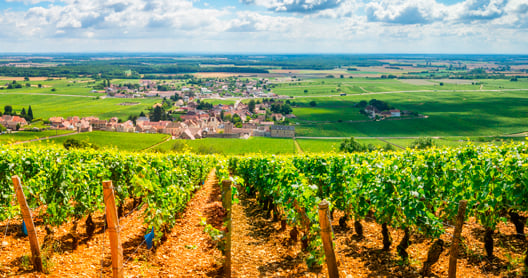 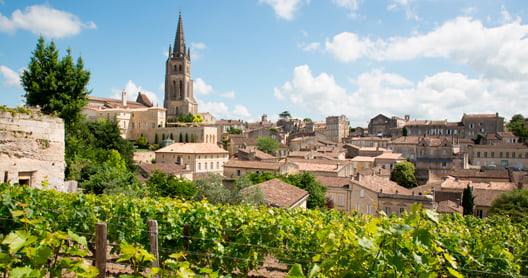 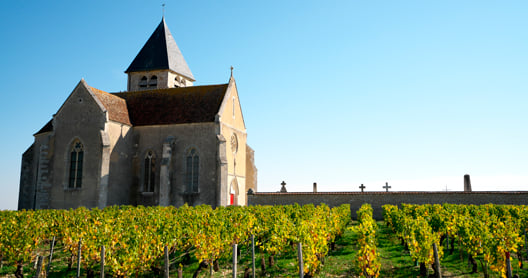 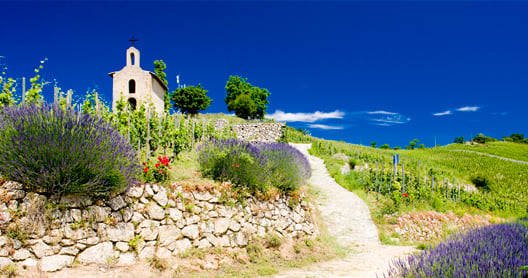 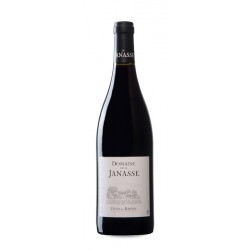 An organic Rhone wine with ageing produced with minimal intervention 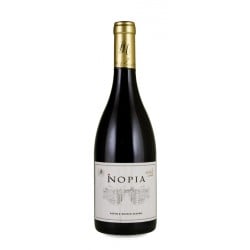 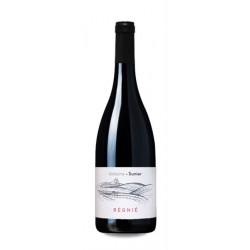 An intense, complex and creamy Chardonnay 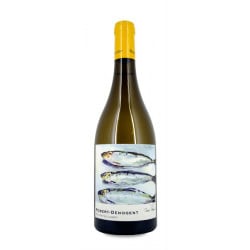 A wine for everyone 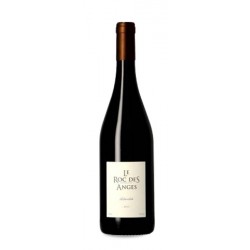 A Viognier from the South of the Rhone 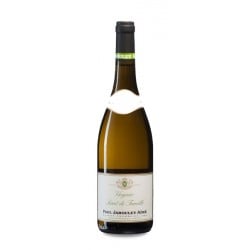 A bright and delicate Languedoc-Roussillon white 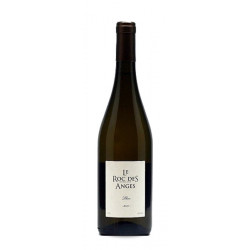 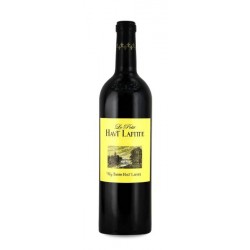 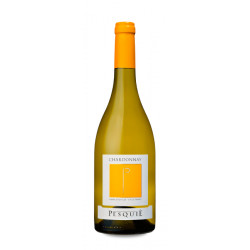 A fruity and spicy Syrah from Crozes-Hermitage, in the Rhône 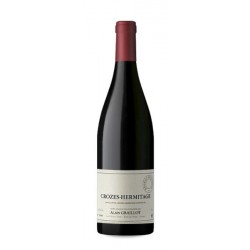 A real basket of red fruits 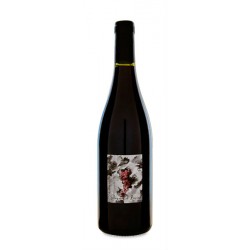 A fresh and fruity Pinot Gris from Alsace 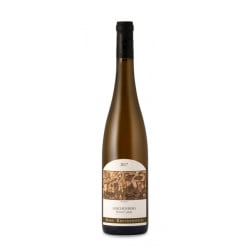 A pleasant wine at a ridiculously low price 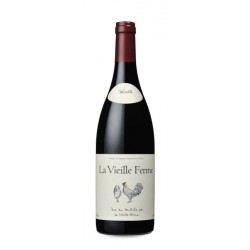 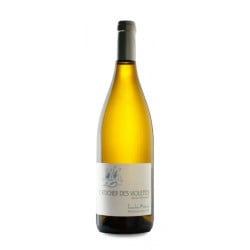 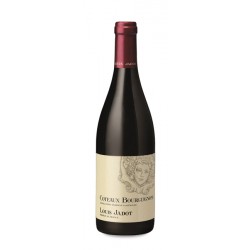 A surprisingly pure and deep Chenin 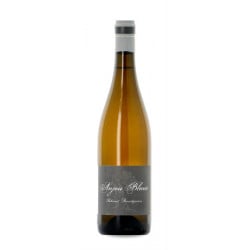 A natural red wine from the North of the Rhone 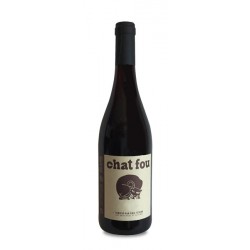 Freshness and minerality of the Lower Rhine 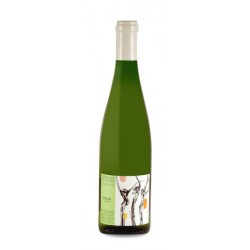 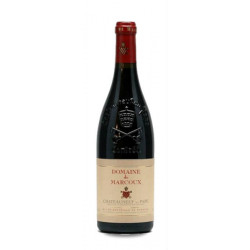 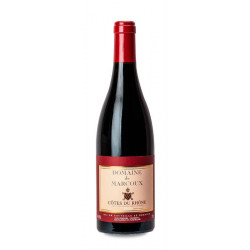 A fresh and fruity Chardonnay on lees from Saint-Véran 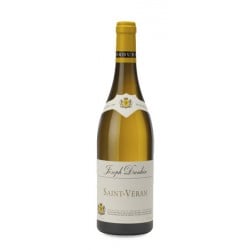 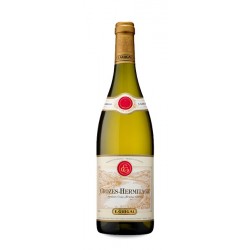 Immense fruit from a Beaujolais Cru 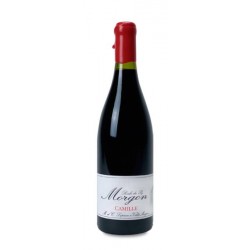 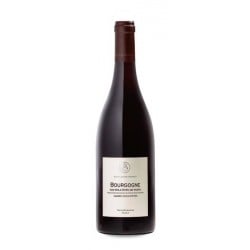 There are most definitely French wines for all tastes. So, here is a quick look at some of best-known regions; let’s go on a journey through the extraordinary landscape filled with vineyards and châteaux.

French wine classification is very complex and varies from area to area.

However, they can generally be classified as:

They can also be classified by area:

They can also be classified by colour (vin blanc, vin rouge, vin rosé, vin gris, vin jaune), by amount of residual sugars (vin sec, vin demi-sec, moelleux, Doux or liquoreux for still wines; brut nature, extra-brut, brut, extra-sec, sec, demi-sec, doux for sparkling wines) depending on the carbon dioxide present (if there is none, it is vin tranquille, and if there is, it is vin effervescent, perlant, pétillant or mousseaux) and by aging (vin primeur or vin de garde).

Climate, soil and varieties by area.

Now let’s take a look at some of the most well-known French wine regions:

Burgundy.
Located in the central east of the country, Burgundy has given France international fame both for its mineral and long-living whites as well as its delicate and elegant reds. There are two unrivalled star varieties in this wine region: Pinot Noir, which creates some of the most subtle, elegant and expensive reds on the planet, and Chardonnay, a white grape that has also made a name for itself and has put Burgundy white wines on a level with the best and most sought-after red wines in the world.

One of the things that has made Burgundy wines so famous and full of character is the soil composition in the vineyards. The vines are planted in limestone with the remains of marine fossils, because this land was covered by the sea around 200 million years ago. Isn’t that fascinating? Within Burgundy there are five major areas worth mentioning: Chablis, Côte de Nuits, Côte de Beaune, Côte Chalonnaise and Mâconnais where you will also find wines made with the Aligoté, Pinot Gris, Gamay and Sauvignon Blanc varieties.

Louis Latour, Joseph Drouhin, Domaine Laflaive and Dominique Derain are some of the most well-known producers in this area.

Bordeaux.
Bordeaux wines, along with Burgundy, are the standard bearers for French winemaking. There are countless winemakers around the world who have trained here and taken inspiration from their style. Unlike Burgundy, Bordeaux, a region in southwest France, mostly makes red wines. In fact, about 90% of production is red.

Bordeaux has an exceptional geography and climate thanks to its proximity to the Atlantic coast and the influence of the two rivers that run through it. These also serve as a natural border between production areas: the Dordogne river and the Garonne river. The most prized soils in this area are mainly made up of an alluvial sandy gravel first layer which comes from the central mountains and the Pyrenees. This soil type helps water drainage. Then there is a clayey layer that retains water and helps to keep the vines well nourished.

Médoc and Graves are two of the denominations that lie on the left bank of the Garonne river. Here they produce powerful and long-living wines made mainly with the Cabernet Sauvignon variety. This is where you will find five Premier Grand Cru that you have probably heard of: Château Lafite Rothschild, Château Margaux, Château Latour and Château Mouton Rothschild in Médoc and Château Haut-Brion in Graves.

The most subtle and elegant Bordeaux wines come from Libournais, on the right bank of the Dordogne river. These are mainly made with the Merlot variety but there are also coupages with Cabernet Franc and Cabernet Sauvignon. Two of the great sub-regions in the winemaking world lie on the “Rive Droite” (right bank): Pomerol and Saint-Émilion, birthplace of perhaps the most sought-after wine in the world, the famous Petrus.

Côtes Du Rhône.
We have known about the Rhone Valley’s great qualities for vine cultivation since ancient times, when the area was used by the Romans as a road to move through France. It was they who established the first vineyards and gave the region a reputation.

This area, along with Provence, Roussillon and Lenguadoc are regions with a warmer climate thanks to the influence of the Mediterranean Sea.

With around 80 thousand hectares, the Rhone Valley is the second largest high-quality vineyard region in the world. It is divided into two main areas: the Northern Rhône and the Southern Rhône. The soils here are primarily stony and the climate generally dry.

Its great Syrah red wines are well-known but wines are also made with the Garnacha, Cinsault and Mourvèdre varieties. Rosé wines are also made and, to a lesser extent, white wines, including some very interesting wines made from grapes like Marsanne, Roussanne, Viognier, Clairette, Garnacha Blanca and Muscat.

Côte Rôtie, Crozes-Hermitage and Châteauneuf-du-Pape are just a few of the famous names. Chapoutier, Marcel Guigal and Paul Jaboulet Aîné are some of this region’s leading producers.

Loire Valley.
The Loire River is the longest in France and was also used by the Romans as a transport route for goods. The Loire Valley is the third largest wine region by size and this of course contributes to its great diversity of soils and microclimates with an Atlantic influence that helps to moderate temperatures and creates a great variety of styles and productions. This is one of the best areas for growing white varieties because the summers are quite cool, so most red grapes would not ripen properly. In this large region, there are two stand-out sub-regions known for their great white wines: Sancerre and Pouilly-Fumé.

Sancerre is the home of white wines with marked acidity made from the Sauvignon Blanc variety, with a certain smoky minerality and a marked herbal character. Wines made in Pouilly-Fumé are similar in style but their barrel aging process gives them a less herbal character than Sancerre wines. Burgundy is a producer of coveted, elegant Chardonnay wines, but it is the smoky, mineral Sauvignon Blanc wines that rule in the Loire Valley.

Some of the leading producers in the Loire Valley are Alphonse Mellot, Domaine de Pallus, Domaine Vacheron and Sébastien Riffault.

Provence.
One of the most beautiful and picturesque holiday spots, located in the south of France, lying on the Mediterranean coast, surrounded by olive trees, lavender fields and with around 3,000 hours of sunshine per year, this French region has proven that rosé wines can be full of elegance, class and plenty of glamour.

Vineyards here grow Garnacha, Cinsault, Mourvèdre, Carignan, Syrah and Tibouren varieties. The latter is a red variety that is native to the area, and produces the world’s best-known and most sought-after rosé wines, which make up more than 60% of the region’s wine production. These grapes are also used to make red wines and white wines are made with the Rolle, Ugni Blanc, Clairette, Marsanne, Roussanne and Garnacha Blanca varieties.

Being one of the southernmost French wine regions, the climate is quite warm. This is helped by the influence of the Mediterranean sea, given that it is a much smaller and warmer sea than the Atlantic.

Some of the most well-known producers of rosés in Provence are Domaines Ott, Domaine de l'Eole and Clos Cibonne.

Alsace.
Alsace is a small region lying on the border between France and Germany and is known all around the world for its extraordinary dry and fragrant white wines made from the Riesling, Gewürztraminer and Pinot Gris varieties that compete with the renowned German white wines that are made across the Rhine river.

Alsace is located in northwest France. The region lies along the left bank of the Rhine river. On the other side Alsace is protected from cold winds from Germany by the natural border provided by the Vosges mountain range. In Alsace, the soils are composed of granite, limestone, gneiss, sandstones and shales, making this region unique in France.

As well as extraordinary dry white wines, the location makes this region prone to the appearance of botrytis cinerea, so noble rot or late harvest sweet wines are also made.

Among the many Alsace winemakers who are masters of Riesling, Pinot Gris and Gewürztraminer, we find Trimbach, la Famille Hugel, Bott Geyl and Kreydenweiss.

It is worth saying that Alsace is also a region of magical landscapes, making it ideal for sightseeing.

Côtes du Jura.
Perhaps because of its small size, remote location or minimal media presence, perhaps overshadowed by its neighbours, the great Burgundy wines, the Jura region is a small and unusual gem that every wine lover should know about.

Côtes du Jura is bordered to the north by Côte d'Or, Burgundy and lies in the massif with the same name. It is home to one of the oldest vineyards in France, and this is where one of the country’s most extraordinary and unique wines is made: Vin Jaune, which literally means “yellow wine”, because of its characteristic colour. This wine is highly influenced by the Spanish style of organically-aged Jerez wines. It is made with the Savagnin variety and following alcoholic fermentation, it ages in barrels under a yeast cap or voile in French. An amazing an unmissable French wine!

Another typical wine of the area is Vin de Paille (straw wine), a naturally sweet wine made from the naturally dried clusters of overripe grapes.

Some of the leading producers of these wonderful wines in their respective regions that we didn’t mention earlier are Domaine André et Mireille Tissot, Domaine Berthet-Bondet and Domaine Des Marnes Blanches, as well as many others.

There is no doubt whatsoever that France is a tapestry of wines, landscapes, climates and varieties where the common thread is elegance and refinement, leading the way for many winemakers around the world and giving them something to learn from. Why not continue this exciting journey through our selection of French wines? We think you will love them!