The origins of Bodega González Byass date back to 1835, when a young Manuel María González Ángel, born in Sanlúcar de Barrameda, arrived in Jerez at the beginning of the 19th century, determined to find his place in the thriving and booming business of Sherry. He gathered some of his savings and with the help of his uncle José Ángel de la Peña, Tío Pepe, in 1835 he bought a small winery and he started to produce and export his own wines.

After a successful start, in 1855 he decided to partner with Robert Blake Byass, his agent in England. This was when the company González Byass was born.

González Byass has around 900 hectares of vineyards in the area of ​​Jerez, cultivating varieties like Palomino Fino, Pedro Ximénez and Moscatel.

Currently, theGonzález Byass group is committed to the production of quality wines and liqueurs, also in other regions such as La Rioja, Somontano, Rías Baixas, Castilla y Catalonia.

Tío Pepe en Rama is a fino wine without filtering or clarifying. It is obtained from the central part of the butt during spring. This is when the flor yeast is more active.

It is made from Palomino Fino, from a 600-hectare farm located on the outskirts of the city, in the area of "Upper Jerez".

The harvest is carried out manually and the grapes are carried in 15-kg boxes to prevent them from breaking. This avoids them from fermenting before they arrive at the winery.

The grapes are gently pressed to obtain the free-run must (Mosto yema) that will be used to make Tío Pepe.  Fermentation takes place in stainless steel deposits at a controlled temperature. The musts turn into 12-13 vol. wines, which will be used as "finos" or "olorosos". Those that are chosen to be part of the "criaderas" of Tío Pepe, are fortified with wine alcohol up to 15% vol. This is how they obtain the "Sobretablas Fino", which will remain in American oak butts for a year before they enter the "criaderas" and "soleras" system, where it will remain for at least 5 years.

Tío Pepe en Rama is a powerful, fresh and very expressive fino wine. Very intense on the nose, with almond and yeast aromas, and complex on the palate, which reminds us of the awakening of spring.

Tío Pepe en Rama 2019 is a powerful, fresh and very expressive fino wine. Very intense on the nose, with almond and yeast aromas, and complex on the palate, which reminds us of the awakening of spring

Tio Pepe was created in 1894, and its name refers to José Ángel de la Peña, adviser and uncle of the founder. It is probably the best known Spanish wine in the world, part of it thanks to the icon of the bottle with a hat, a red jacket and a guitar. This image was launched in the 100 anniversary of the brand in 1935. It is a Fino made from Palomino grapes and aged in "solera" for approximately 4 years. It has a pale straw colour, with a delicate aroma (almond-like), with no acidity, very dry and light on the palate. 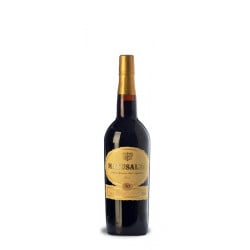 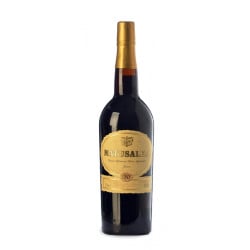