The name of a road for a wine that is a journey to the heart of the most natural Sicily.

Occhipinti SP68 Rosso is an organic and biodynamic red wine made with the Frappato and Nero d'Avola varieties and produced by Arianna Occhipinti, in Sicily, Italy.

Arianna Occhipinti was 22 years old when she finished her wine studies in Milan and returned to Sicily to revolutionise the wine scene with her wines, which are created out of a respect for the land and the vineyard. She has winegrowing in her blood, she is the niece of Guiusto Occhipinti, winemaker and director of L'Azienda COS, and works all of her vineyards according to the principles of biodynamics taking a non-interventionist approach in the winery in order to allow the wine to find its own path.

Occhipinti SP68 Rosso takes its name from the Strada Provinciale 68, the road that passes right next to the Arianna Occhipinti winery, and comes from plots that are located 280 metres above sea level, composed of red sand and limestone soils.

The vineyard is cultivated organically. The grapes are harvested manually. The must macerates for 15 days with the skins, and ferments with its native yeasts. The wine remains for 6 months in cement tanks and one month in the bottle, without filtering.

"The name of a road, for a wine that is a journey", is how Arianna Occhipinti describes her white and red wines in the SP68 range; wines that are made as a kind of tribute to all the winemakers that have travelled along this road for three thousand years, first with their amphoras and later with their barrels, transporting the fruit of their labour, their fatigues and their joys, and the aromas of their land. This road was used by generations of farmers to transport their own wine to the coast.

Occhipinti SP68 Rosso 2020 is a young and frank Mediterranean wine, a terroir wine.

Occhipinti SP68 Rosso 2018 is a young red wine in which the fruity aromas of purple plums, strawberries and cherries stand out. A wine with personality that reflects its Mediterranean character in the mouth and that flows light and fresh across the palate. 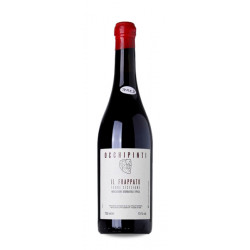 A single plot Frappato, with the Occhipinti stamp 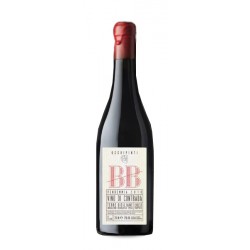 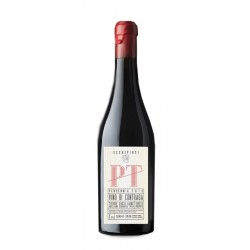