The wine of the stones

For centuries red wine from Cariñena was characterized by high alcohol contents, intense colours and great strength. These wines were made for French and Spanish exporters, who used it for blending with other wines from other latitudes, which were much lighter, thinner and fragile. However in recent years, the area has been carefully working with the traditional Grenache grapes, as well as recovering back the Cariñena variety (also known as Mazuelo), shaking off overly alcoholic wines to join the world of good quality wines. The future of this region is much more promising than its past.

A bright, fresh and flavoursome Cariñena 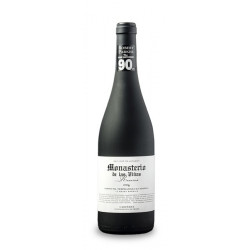 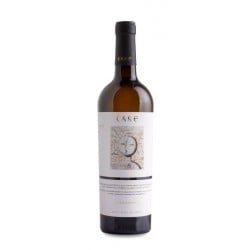 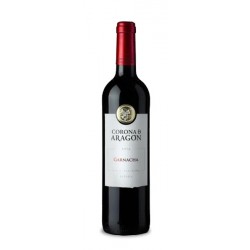 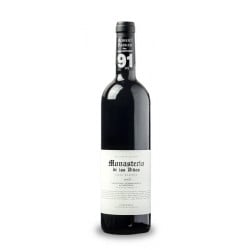 Cariñena is the oldest and perhaps most famous wine region in Aragon. Vines were brought by the Romans around 2,000 years ago, and made up the majority of crops cultivated on the Cariñena plain. In fact, it was the romans who back in 50BC founded the city of Carae (Cariñena), a region where wine was consumed with honey, known as mead today. There are also many literary mentions of Cariñena wines, long considered the best in the country. For example, Enrique Cock wrote on about in 1585 Felipe II was received in Cariñena with two fountains of wine, one red one white, from which he drank quite happily. During the Middle Ages, the vineyards flourished under the protection of monasteries and in the sixteenth century vineyards occupied 50% of ​​the province of Zaragoza.

But the boom of Cariñena wines took place in the late nineteenth century, when phylloxera devastated French vineyards, forcing important beckets families to settle in the Aragon area. This led to the development of great commercial and scientific activity, among other things, to the construction of narrow gauge Cariñena-Zaragoza railway, inaugurated in 1887 to transport productions of local wine. It became so important that the Mazuela grape variety in the area adopted the name of the largest town of the region, "Cariñena" but the vicissitudes of history and the phylloxera plague made this variety almost completely disappear, being replaced by the Grenache grape, known for a higher production rate and high sugar content, where alcoholic, thick and powerful wines were obtained without great effort

But its history and the exemplary behavior of the winegrowers in the area during the phylloxera plague, caused that King Alfonso XIII, in 1909, granted the title from city to the town of Cariñena. Already in 1932, coinciding with the inauguration of the Enological Station Carignan, he created DO Cariñena, one of the oldest in Spain, where new farming techniques and processing are promoted, but the Civil War and its aftermath put delay the shift to the quality of the wines until the seventies, when bottled wines began regularly. Since then, and especially in the 1980's when the quantum leap in winemaking with the introduction of new cropping systems, investment in technology and adopting new oenological practices given.

DO Cariñena is the largest and oldest of Aragon. It is nestled east-central North of Spain, in the extreme southwest of the province of Zaragoza. It neighbours the DO Calatayud, and spans across 14 different municipalities in the Valle del Ebro. It currently covers over 14,500 hectares of registered working vineyards, about 1,540 winegrowers, and there are 32 wineries.

The climate of the DO Cariñena is defined as medium warm, with a significant trend towards a continental climate with cold winters and very hot summers. These continental characteristics, combined with the winds which frequently blow across the region with torrential downpours which hinder regular rainfall produce a semi-arid landscape.  A characteristic of the wind in our area, known as "cierzo", contributes to the climate dryness.However, the presence of mountains has a positive effect on rainfall, allowing very high, persistent annual mean levels in the form of spring showers and summer storms. Rainfall in the nearby mountains is usually very low, between 350 and 540 mm. In accordance with the Winkler scale, the Cariñena wine region is especially suitable for producing red and rosé wines together with naturally sweet wines.

The DO Cariñena wine region is on a plain closed on the south-east by the Iberian System mountain range, in such a way that material depositions descend from the mountains to the plains, defining the use of the soil in each particular case. The foothills offer poor soils with a large rocky substrate nearby, with poor yields and serious difficulties regarding the use of agricultural machinery. As the mountain range descends, a landscape of hills slopes gently until it becomes part of the plain of Cariñena. The soil, at a certain altitude, is formed by gravel from alluvial and colluvial deposits and has the necessary conditions for vine cultivation. It doesn't require a lot of moisture although it does retain it once received. In these areas, the climate is mild and vines find the ideal place for growth. Moreover, in the plain which stretches parallel to Sierra de Algairén where more than 80% of the Cariñena Wine region (D.O.) are located, Miocene clays soils can be found. There are four main types: Gravel, Loyal, Strong Clay, Clay. Another type of soil which occupies less extension within the Denomination of Origin Cariñena is the alluvial, from the sedimentation of the river Jalón and Huerva, near the towns of Almonacid de la Sierra, Alfamén, Muel, Mezalocha and Villanueva de Huerva.

The vineyards in this region cultivate many different grapes. Authorised red varieties in the region include: Cariñena, Monastrell, Garnacha tinta, Juan Ibáñez, Tempranillo, Cabernet Sauvignon, Merlot, Syrah and Vidalillo. Although the Cariñena grape is named after the region, the Grenache grape remains dominate, accounting for 32% of the vineyards, followed by Tempranillo with 24% and Cabernet Sauvignon with 13%, while Cariñena only accounts for 4% in total, although this number is increasing. In regards to white varieties, Macabeo stands out, accounting for 11% of vineyards, followed by Garnacha Blanca, Parellada, Chardonnay and Moscatel Romano.

DO Cariñena wines and wineries

In recent years, the vineyards in the region have undergone major changes, implementing new cultivation and sanitary control techniques. However, it must be said that the most important changes are taking place at the winerys themselves, with new fermentation tanks, pneumatic presses, aging cellars, bottling and, in general, new production processes that have been and are being implemented at a remarkable pace in all of the wineries.

Also, it must be said that the D.O Cariñena has been led by a brilliant management and promotional team. The region has coined the term and launched the campaign, “Vino de las Piedras” (wines from stones), throwing the message although stones are an uncomfortable and rather inert element, these workers have managed to obtain the best taste of what seemed an inconvenience and have turned it into the key success factor. The essence of the campaign revolves around the question: How is it possible to obtain such a good wine from a stony ground? The promotional campaign, launched in 2011, shows the reality of a people dedicated to land, the terrain and the essence of it collected in the form of vines and wine. The success of "The Wine of Stones" has led to the DO Cariñena to maintain and enhance this striking image with a new design in 2015. Also, The constant commitment to promoting the wine culture through the ethno-tourism has lead the Cariñena wine region (DO) to implement this year the ethno-touristic route: " El Vino de las Piedras".  A touristic, cultural and gastronomic product that serves to state the territory of Cariñena in order to enhance its value and keep promoting the wine culture.

The DO Cariñena is home to 14,500 hectares of vineyards spread over 32 wineries in the area, including cooperatives, large, medium and small wineries. A good example of volume, reliability and modernity would be Grandes Vinos y Viñedos, founded in 1997 to channel the sales of four cooperatives founded in the 1950’s and 1960’s. Subsequently, two more wineries joined the collaboration.

Currently Grandes Vinos y Viñedos has around 1000 members from six different villages, cultivating over 5,800 hectares of vineyards are located, with plantations of Garnacha, Tempranillo, Cariñena and Cabernet Sauvignon, among others. This winery is a brilliant example of activity, creativity and innovation, are focuses on two main areas, new products and packaging as well as marketing. The latest pioneering developments carried out by the winery has been the use of augmented reality on the design of the labels and the experience of virtual reality as communication between the winery and customer. The group brings together various collections of wines, including Corona de Aragón; Monasterio de la Viñas; 3C, with two Cariñena single variety wines; Anayón, three whites, a white and a Moscatel Barrica; Beso de Vino, 5 young wines; El Circo, with is composed of 9 single variety wines, each related to a different circus discipline; Hoy, 6 fun and young wines, IGLUP, with a white Macabeo and rosé Garnacha with light bubbles at 4.8%vol., and VEUT, a refreshing Garnacha with a low alcohol content. The most recognized brand is Monasterio de las Viñas, which include a white, made ​​with Macabeo, and rosé, which offers the characteristics of a fruity Grenache.There are also many red wines to choose from, from oak to Gran Reserva, through the Crianza and Reserva.

Bienos is an oenological laboratory, consultant and winemaker from vineyards located in Almonacid de la Sierra and share their winery facilities and ageing cellar with Bodegas Pablos. This project was founded with the aim of producing limited quantities of wine made from varieties in danger of extinction and recovered by their winemakers, in this case the Crespiello (Vidadillo de Almonacid), planted over 2 hectares of vineyards on the Mendoza de Almonacid plot. The 3,500 productive strains of the vineyard reach 106 years, and with them the Pulchrum red, which was launched in 2001 as exotic and original product is made. It is a red wine with 14 months aging in barrels, very structured, with polished tannins fleshy and sweetish. The aroma is very original, because it reminds fig milk, vegetable something sweet, with a fruity peach background like that surprises with its uniqueness. In the mouth it is very vigorous, and nerve, with a cool aftertaste, which invites you to drink. According to the teachers Gallait and Boubals from the INRA Montpellier the Crespillo or Vidadillo de Almonacid, it is the oldest grape varieties that exist, because it is aware of its existence since the twelfth century. It is a very vigorous, resistant to drought and fungal diseases, and very sensitive to Lobesia plant, a pest that attacks the vine.

Viñedos y Bodegas Pablo. Although officially founded in 1998, this winery’s tradition dates back to 1755, when a cave was dug into the rock for the underground winery. It has 60 hectares of vineyards, and produces four reds and a white label under the labels of Great Víu, that comes as an oak, reserva, reserva special, garnacha del terreno, as well as the barrel fermented white wine Macabeo Ladera.

Bodegas Añadas. A winery perhaps known for their trademark wine Care. The winery produces all of their products on their own vineyards, which are spread across for different farms, among which the Bancales and Cadillos farms stand out for their size, at 50 hectares each. The winery produces 7 wines, from Care Chardonnay and Care Rosado with Cabernet Sauvignon (50%) and Tempranillo (50%), up to Care Tinto Roble with Garnacha (50%) and Syrah (50%), and Care Crianza with Merlot (30%) and Tempranillo (70%), Care XCLNT with Garnacha (40%), Cabernet-Sauvignon (40%) and Syrah which is aged for 16 months in French oak barres, and Care Finca Bancales, a Garnacha varietal Reserva, taken from old vines and aged for 3 years  in French and American oak barrels. 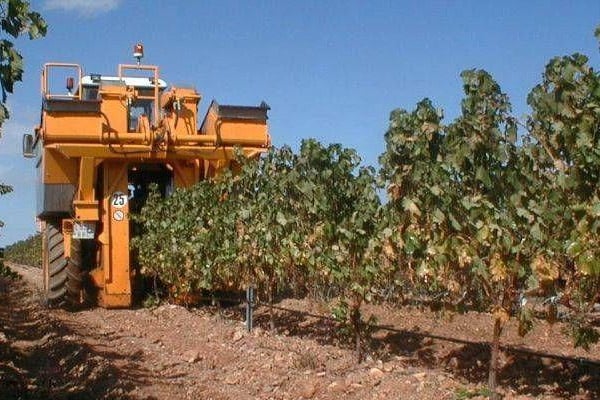 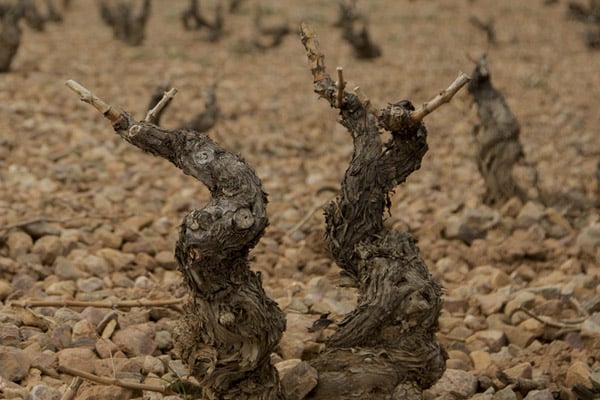 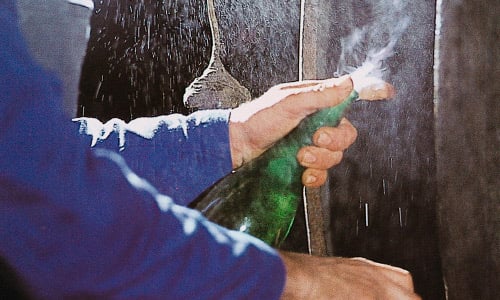 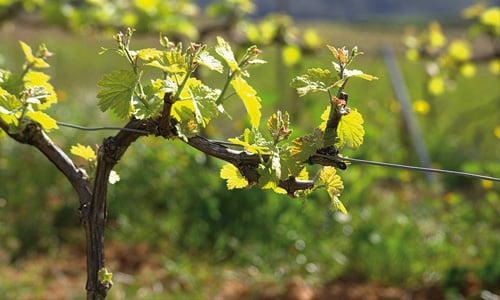