A flavoursome and velvety coupage

Martínez Palacios Reserve is a red wine from the D.O. Rioja produced by the Martínez Palacios winery. This wine is a blend of three different grape varieties; Tempranillo (90%), Graciano and Mazuelo (which between the two make up the other 10%).

The grapes used to make Martínez Palacios Reserva are grown on the winery’s own vineyards located in the town of Ollauri. The vineyard is home to calcareous-clay soils that are slightly inclined with a south orientation. The harvest is carried out once the team believes that the fruit has reached ist optimum point of ripeness, using boxes with 400kg capacity. The grapes are transported as quickly as possible to the winery to avoid the grapes oxidising that would damage their quality.

At the wineries facitilies, the grapes are left to cold macerate for 3 days in stainless steel tanks of 180 hectolitres capacity. Susequently, fermentation takes place for one week at a maximum temperature of 30ºC.

Martínez Palacios Reserve then finally rests in European and American oak barrels. During this ageing process, the wine is racked every six months, allowing the wine to breathe and oxygenate.

Martínez Palacios is a family run project dating back to the late nineteenth century. Although the company was officially  founded in 1999 by current owners and brothers Miguel and Julio, it was their grandfather who introduced the family to the world of wine.

Real reviews from customers who have purchased this product
5244 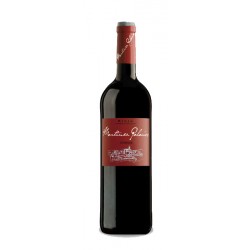