Orben is one of those wineries that, in the middle of the first decade of the new millennium, initiated the birth of the new modern line of La Rioja wines, applying a formula that gives priority to viticulture, terroir and the vineyard, where the selection of the grapes is the true main player in the character of their wines. Old vineyards of low yield and an oenology bases on the quality of the fruit, along with a careful selection of oaks from the best couperages and an ageing made to measure, have been the best letters of presentation of the wines from Orben from the very beginning.

Bodegas Orben belongs to Grupo Artevino, which started in the world of wine with the help of Gonzalo Antón who, together with a group of friends and entrepreneurs from Álava, built in Bodegas Izadi in Villabuena de Álava in 1987, in the heart of La Rioja Alavesa. In 2000, his son, Lalo Antón, joined the company, where he promoted commercialisation abroad. He also helped expand the company, which under the name of Artevino, took over the projects Villacreces Finca (D.O. Ribera del Duero ), Bodegas Vetus (D.O. Toro and D.O. Rueda) and Orben (D.O.Ca. Rioja). The four wineries maintain a unique and well-differentiated personality, although they share the same goal: the production of quality wines in the most emblematic areas of their respective denominations of origin, the most prestigious ones in Spain. Attention to detail, effort and care when they start any project, are the fundamental pillars of each of these wineries that seek to transmit the identity of each area and the character of each land.

In 2005, Artevino took its first steps to build the new winery in Laguardia (Rioja). This was an avant-garde, modern project, intrinsically attached to the world of gastronomy, which would be called Orben. The building, which is almost entirely buried, stands out for its straight and dynamic shapes. It is modest and elegant. Since it is located in a high area, it has spectacular views of Laguardia and the entire Rioja Alavesa. The area of the winery that is underground is set out to facilitate transit in the different production processes. Therefore, the L-shaped floor starts with the fermentation area, followed by the barrel room and, lastly, by the bottling area and bottle storage room.

In the area above, the social building is vertically looking over the Ebro Valley. His extensive experience in the hotel and restaurant business lead Gonzalo Antón to create a wine that soon became one of the most appreciated ones in restaurants. The addition of new production techniques and his desire to continue improving have also drawn him towards creating his own style, which he has consolidated over time. The commitment to quality, the relation with gastronomy, and the attachment to the land, are the main pillars of Bodegas Orben, an avant-garde, modern project, intrinsically attached to the world of gastronomy. Orbea created and reinvented a wine concept linked to the old vineyards of Rioja Alavesa.

Located around Laguardia, the winery has 74 small plots of Tempranillo, which were planted between 1945 and 1954 in vase-shape, with short pruning that favours low yields. Most part of the vineyards are located on softly eroded slopes of less than 20% inclination, depths of 40 cm, and with gross elements that allow for a reduced retention of water and greater aeration of the roots.

At Bodegas Orben, they choose to make modern wines based on old vines, which are treated in the traditional way by the viticulturers of the area. Orben fully integrates into the philosophy of Grupo Artevino, which has the mission of producing quality wines from farms located in the most emblematic areas of the main Spanish denominations of origin. These wines are destined to restaurants and the specialised shop. At Orben they seek a viticulture that focuses on quality, where the vineyards self-regulate to limit the production. These vineyards are also cultivated following the criteria of integrated viticulture. This means that the natural condition of the vine is controlled and preserved to attain wines with the personality and features of the area.

As for the work they carry out in the vineyard, at Orben the try to apply minimum intervention during the vines’ growth cycle. For example, in these vineyards they do not trim the shoots in the summer months, since this would favour the growth of large berries of low quality. At Bodegas Orben, the harvest is performed manually in 15-kg boxes.

Then, the grapes go through cold maceration with the addition of carbon snow when they arrive to achieve a greater extraction of aroma and colour compounds. During the post-fermentation maceration, they try to leave the wine in contact with the skins to attain a stronger extraction of the colour. Then, the malolactic fermentation takes place in new French barrels, generally with an ageing process on the lees to attain a higher volume of the wine in the mouth. In the case of Malpuesto, it is made in small 5,000-litre deposits, with several punch downs during the entire process.

For the ageing stage, Orben has more than 400 barrels, of which 66 are Canton and Demptos American barrels, and 338 are of French oak from the cooperages Taransaud, Darnajou, Cadus, Berthomieu, and Francois Feres. This Rioja winery works with different cooperages, which favours the complexity of its wines without any of the nuances prevailing over the other. All of them are well integrated, thus searching for subtle nuances that blend with each other.

Below you can find the list of wines made by Orben:

Orben is born from a careful selection of 79 small plots of Tempranillo, of 0.30 hectares on average, located in the surroundings of Laguardia. The vineyard was planted in vase-shape between 1945 and 1954. Its soil is clayey-calcareous, with an average yield of 4,000kg/ha. The grapes are manually harvested and placed in 15-kg boxes. Grapes are then selected by hand on a selection table. The alcoholic fermentation takes place in stainless steel deposits, and the malolactic fermentation takes place in new barrels and deposits. The wine is aged for 12 months in fine-grain French oak barrels. On the nose, the aromas of wild fruit stand out, with balsamic notes, lactic notes, fine toasted notes and toffee. In the mouth, it is meaty, structured and ample. It has red fruit, black wild fruit, and smoked notes. It is complex, persistent, and with an aromatic finish.

Malpuesto is a wine that is only made in exceptional vintages. It comes from a single vineyard of Tempranillo that is over 80 years old. It has low yields, and it is called ‘Malpuesto’ (meaning ‘awkwardly positioned’) due to its bad configuration. The grapes are harvested in 15-kg boxes. They go through the alcoholic fermentation in stainless steel deposits with temperature control, and through the malolactic fermentation in new barrels with manual punch down. Then, the wine is aged for 15 months in new fine-grain French oak. It offers aromas of ripe fruit, black fruit and wild fruit. It is structured and ample, with a creamy, earthy touch. Very fruity and meaty. With a persistent and complex finish.

A small production from a very special old vineyard 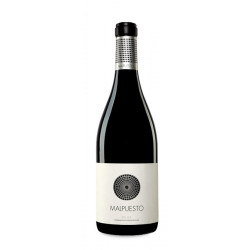 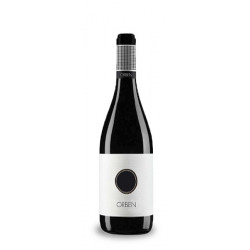