After World War I, Burgundy’s vineyards were in a terrible state and large areas were abandoned. Joseph Clair, creator of the famous Domaine Clair-Daü in Marsannay in 1919, is known for promoting the recovery of the wine-growing area by uprooting the Gamay and white Aligoté vines and replacing them with Pinot Noir and Chardonnay vineyards, more noble grape varieties. He is also responsible for creating a rosé wine made from Pinot Noir, which allowed the wine region to prosper thanks to the AOC Marsannay Rosé and became the only Burgundy denomination to produce rosé, white and red wines. After Joseph’s death, family disagreements led to the disbanding of the winery, however his grandson Bruno Clair follows in his footsteps with a Domaine he founded in 1979 which includes vineyards acquired from his father. He currently owns a total of 23 hectares of vineyards in the best villages of the Cote d'Or and although they are located in lesser known sub-areas of Burgundy such as the AOC Marsannay, Bruno Clair has been able to build their reputation by producing extremely elegant and long-lasting wines.

Their Domaine Bruno Clair Marsannay wine perfectly captures the essence of the terroir and shows that Bruno Clair is one of the best producers in Burgundy. It is made with Pinot Noir grapes from the 11 hectares of vineyards within the Marsannay denomination that are organically cultivated, harvested and sorted by hand. In the winery, the grapes are partially destemmed and fermentation is carried out with native yeasts in wooden vats at a controlled temperature (32º - 34ºC) for 14-21 days with daily pumping over. The wine is then transferred to barrels where it undergoes malolactic fermentation and remains there for a minimum of 12 months before bottling.

Grown, made and bottled with the help of André Geoffroy and Philippe Brun, two renowned winemakers, Bruno Clair created Domaine Bruno Clair, an austere and elegant wine that highlights the AOC Marsannay.

Real reviews from customers who have purchased this product
25572

Domaine Bruno Clair Marsannay 2018 is a smooth red wine with an interesting nose of red fruits, liquorice notes and hints of aromatic herbs. On the palate it is elegant, austere and very long. A wine that, although can be enjoyed young, has a great aging potential.

A Marsannay with great elegance and longevity 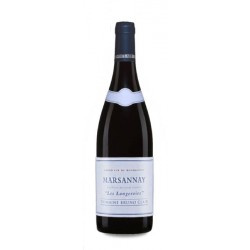 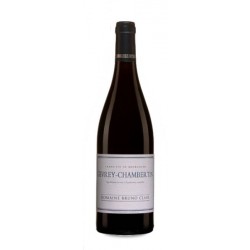