We like wine and we like to try new things, but the selection is getting bigger and more specialized and it’s difficult for us to know what to choose. If we could, we'd definitely take all the bottles! But since we can't, we're looking for the safest possible bet.

Luckily there are specialized wine tasters who are like our "personal shoppers" for wine. Great professionals who are lucky enough to have the ideal job for any self-respecting wine lover: they taste wines, award them a rating according to their qualities and give us their professional opinion, which can be useful when choosing and buying a wine 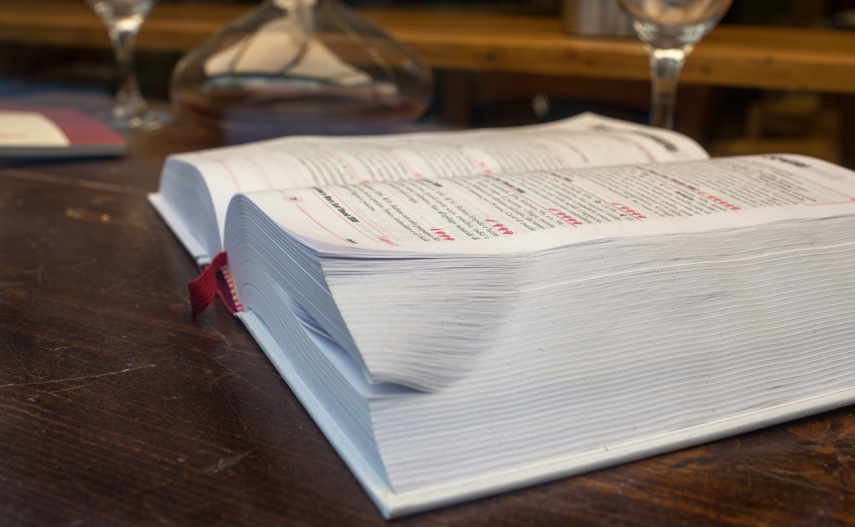 We talk about wine tasters for Specialized wine guides. These publications, either printed or virtual, compile the tastings and scores given by a group of experts in the field to the wines they taste around the world. Their ratings and the information they provide us with helps us have safe leads to choose from before buying.

4 wine rating guides you should know about

Robert Parker is a true wine guru. We declare this lawyer guilty for being the creator of the mother of all guides, The Wine Advocate, which came into being more than 40 years ago and is without a doubt, the most prestigious wine publication in the world today.

Initially it was Robert Parker himself who was in charge of tasting and rating the wines, but nowadays the publication has 10 experienced tasters specializing in different wine regions around the world who work under a strict code of ethics that guarantees the impartiality of their work. They taste and create reviews, reports and ratings for about 30,000 wines from around the world. This guide can be consulted digitally and many producers of the wines tasted add a distinctive label to their bottles that attests to the score obtained for that vintage.

The Peñín Guide is THE GUIDE TO THE WINES OF SPAIN, in capital letters. It came into existence in 1990 as "Wines and Wineries of Spain", a work directed by José Peñín, its honorary president nowadays.  It’s currently published in four languages: Spanish, English, German and Chinese, and has a digital version that can be consulted in three languages.

The Peñín Guide is the publication par excellence on Spanish wine. Each edition gives an overview of the history of wine in Spain and is a valuable reference tool that allowed access to information about wines and wineries even when it was very limited.

It brings together around 11,500 tastings a year and such has been its success that we can also find the Peñín Guides on distillates and vermouth. Wines from other countries are also evaluated, giving rise to the Peñín Guides of Argentina, Chile, and Mexico.

The Peñín Guide uses the same scoring system as the Parker Guide, ranging from 50 to 100 points. Peñín also uses a "star system" which highlights the level of a wine’s value for money.

What can it be used for? This star system allows us to identify wines which give a lot for very little. They don’t need to be wines with extraordinary scores, they’re elaborations that within their range are worth much more than what they cost.

James Suckling is an American journalist and wine critic with over 30 years’ experience. A former senior editor and European bureau chief of another prestigious wine publication, Wine Spectator, Suckling is also a great connoisseur of cigars and is considered one of the most influential international wine critics.

During his time as editor of Wine Spectator he tasted up to 4,000 wines a year and in his entire professional career he estimates to have tasted around 225,000 wines: not for nothing is he considered one of the most reputable wine critics on the planet. In 2010, he launched his website where he presents reviews about wines and their wine regions. Suckling and his small team of collaborators taste up to 18,000 wines from all over the world every year and his website contains some 130,000 wine ratings.

He uses the same scoring system as Robert Parker, ranging from 50 to 100 points, and is an expert taster of Italian wines, which is why he received the title of Cavaliere dell'Ordine della Stella d'Italia from the Italian government in 2017, in recognition of the decades he’s dedicated to Italian wines. In 2020, he received the Chevalier de l'Ordre National du Mérite from the French government for his four decades of coverage of French wine.

Master of Wine is the most respected and important title in the world of wine. There are currently 416 MW working in 31 countries around the world. It requires many hours of preparation and extensive knowledge so it’s not a title that’s available to everyone.

Tim Atkin is one of the privileged few to have achieved this ultimate title. This English writer, freelance journalist, taster and photographer has over 35 years’ experience. This background ensures that Tim's opinions are highly respected.

On his website (paid service), Tim Atkin offers a series of reports by country and wine region. Atkin tours vineyards, talks to winemakers, tastes their wines and offers tips and ideas which give us an in-depth look at some of the world's most important winemaking regions. He’s an expert on Argentina, Chile, South Africa, Burgundy, Languedoc, Roussillon, Spain (especially Rioja and Ribera del Duero) and Uruguay.

He also provides free tasting notes and scores that follow the same system as Parker and Suckling. It’s impossible not to trust an expert taster such as Master of Wine Tim Atkin, who transmits his knowledge and impressions in first person.

When choosing a bottle, you know that you can always count on professional advice and advice that all specialized wine shops put at your disposal but, if you’re a restless wine lover who likes to research and compare on your own, in these 4 guides you have an excellent tool to find valuable information that you don't have to follow strictly but which can be useful to help you choose and buy wine. It's up to you.