For each bottle you will get 61 Decántalo points which you can redeem for a selection of gifts in your next order.

Torres Perpetual is a red wine produced by the Torres winery in Priorat.

Perpetual is a tribute to the Guardian Priorat wines. An intense wine which withstands the test of time.

Torres Perpetual is a blend of Carignan grapes together with a small percentage of Grenache. The grapes come from different farms in populations of Lloar and Porrera, the vines are between 80 and 100 years old and are planted in sacks with slate soils, also called 'licorella´. The vineyards are low yielding but give fruit of excellent quality. The grapes are macerated for 32 days, before fermentation is carried out over 12 days at a controlled temperature of 27 ° C. Perpetual Torres matures for 18 months in new French oak barrels.

We present the new 2016 vintage, characterised by the wettest winterin the last five years. Not only did it rain in winter, but there was also wet weather up until summer arrived, especially inMarch and April. In summer everything changed, and it was one of the driest inhistory, with only 28 litres being recorded between July and October.If we compare the temperatures in 2012 and 2016, the 2016 crophad to endure a much colder winter than in 2012, which turned outto be positive, since the frost cleared the fields ofvine parasites. During the spring, lower temperaturesthan in 2012 were also recorded.Due to all these climatic conditions there was a delay insprouting, which began on March 28th, and which led to a delayin flowering of between three and four weeks.Once the summer arrived, the Priorat got all the luck, sincethe rains disappeared, while in the rest of Europethey were incessant. It was something that nobody expected considering thewinter we’d had. Taking into account the delay insprouting, the harvest started around mid-October on some ofthe estates.Obtaining fresh wines with an extraordinary acidity is dueto this long duration of the grape in the strain that has so characterisedthis vintage.
The vintage began in autumn in the best possible way, with good rainfalls that would fill the water reserves for optimal growth development. Winter was characterised by low temperatures and even snow covered some areas of Priorat. March started wet and cold, which delayed the budding of the vines. In mid-May, flowering was encouraged and was followed by a somewhat unstable June with several rainfalls.
A year with a very good balance. This vintage was characterised by the absence of water stress for the plants. Winter and spring were favourable in terms of rainfall and temperatures were slightly higher than usual. At the time of budding, there was no rain, so the vines developed in a suitable manner. The flowering took place in a clean way and the Grenache vines settled in an excellent way. Summer was characterised by cool and dry days, but also humid, which led to good photosynthesis and growth of the plants. During the end of the summer, before the harvest, there was still some humidity, which preserved the freshness of the soil and, consequently, achieving a gradual ripening of the grapes, perfect to retain the aromas and the good acidity. The negative factor was the rain during the harvest days. In short, the vintage has been somewhat atypical for Priorat, with wines that are less voluminous than in a normal year in the area, but with a good acidity that is reflected in the wines and that will keep them optimal for many years.
A year that started with some problems with the flowering but ended up being very good. Winter was colder and rainier than usual. Spring continued with days of low temperatures and a lot of water that delayed flowering and the consequent setting problems until the end of March, affected production. After a complicated year, when the summer began, the rains stopped and the temperatures rose, providing excellent ripening due to optimal rainfall during the year. The year has therefore been one of the best in recent years. Fluidity, acidity and concentration augur for a long life of the wines of this vintage.
Sight

The taste is a concentrated with sweet and velvety tannins. There are notes of liquorice, caramel and toasted flavours. Intense, elegant and very persistent.

Sight An intense mahogany colour with violet reflections. Nose Intense aromas, especially roasted notes (smoke and cocoa), along with jam (cherry and plum) and a nice background with aromas of aromatic herbs (thyme and eucalyptus). Taste Elegant attack, with a high concentration and velvety tannins. Minty notes are noticed at the end along with traces of liquorice and caramel. An intense, elegant and very long aftertaste. 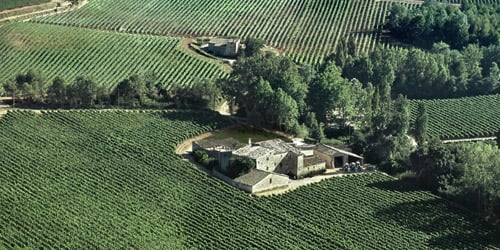 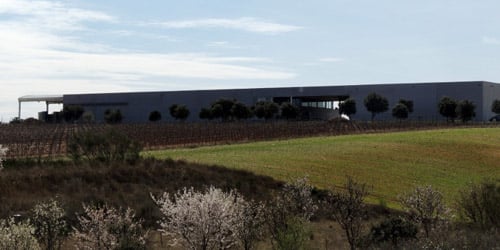 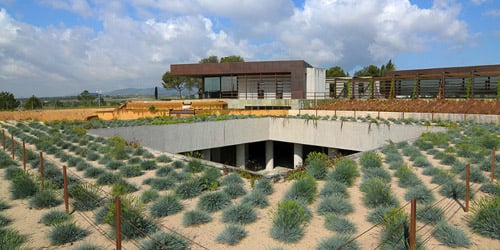 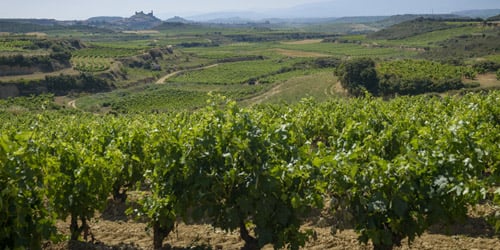 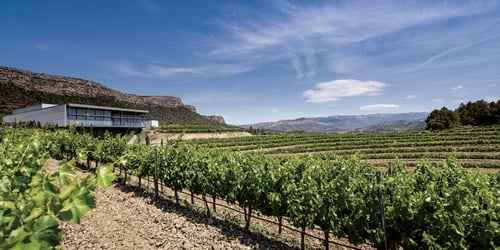 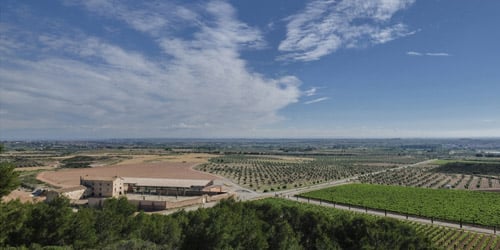