Scala Dei Garnatxa is a red wine from Priorat prepared by Cellers Scala Dei. It is a varietal Grenache.

The grapes used come from clay soils and licorella, which is typical of Priorat, they are located at a high altitude.

The result is an expressive and characteristic Priorat wine. Scala Dei Garnatxa is definitely unique.

Cellers Scala Dei is found on the land on which the Carthusian monks worked in the twelfth century.

They chose this location because a local shepherd is said to have one day dreamed of a ladder reaching to heaven in this area, by which the angels ascend and descend. From this, the name Scala Dei was born, which was the first winery to bottle wine under the protection of Priorat.

The Priorat region was marked by heavy drought and heat. Following an autumn and winter with normal temperatures and rainfall, spring began with an abnormal drought and high temperatures. Flowering was successful, occurring before the expected date, but the rains didn’t come. During the summer the high temperatures continued, and the lack of rainfall resulted in the earliest harvest in history. In general, the wines of this vintage are noted for their concentration, being less pronounced in wines produced with local varieties such as Grenache or Cariñena. Perfect for enjoying young, and with a medium aging capacity.
We present the new 2016 vintage, characterised by the wettest winterin the last five years. Not only did it rain in winter, but there was also wet weather up until summer arrived, especially inMarch and April. In summer everything changed, and it was one of the driest inhistory, with only 28 litres being recorded between July and October.If we compare the temperatures in 2012 and 2016, the 2016 crophad to endure a much colder winter than in 2012, which turned outto be positive, since the frost cleared the fields ofvine parasites. During the spring, lower temperaturesthan in 2012 were also recorded.Due to all these climatic conditions there was a delay insprouting, which began on March 28th, and which led to a delayin flowering of between three and four weeks.Once the summer arrived, the Priorat got all the luck, sincethe rains disappeared, while in the rest of Europethey were incessant. It was something that nobody expected considering thewinter we’d had. Taking into account the delay insprouting, the harvest started around mid-October on some ofthe estates.Obtaining fresh wines with an extraordinary acidity is dueto this long duration of the grape in the strain that has so characterisedthis vintage.
The vintage began in autumn in the best possible way, with good rainfalls that would fill the water reserves for optimal growth development. Winter was characterised by low temperatures and even snow covered some areas of Priorat. March started wet and cold, which delayed the budding of the vines. In mid-May, flowering was encouraged and was followed by a somewhat unstable June with several rainfalls.
Sight Cherry red with violet and blue touches, typical of its youth. Neat and sparkling. Nose

Intense and fresh. Red fruit and mineral notes predominate from the licorella.

Taste A good tour, solid structure, it is nice and cool. Lingering finish, fleshy and juicy. Famous for its excellent acidity.
A year that started with some problems with the flowering but ended up being very good. Winter was colder and rainier than usual. Spring continued with days of low temperatures and a lot of water that delayed flowering and the consequent setting problems until the end of March, affected production. After a complicated year, when the summer began, the rains stopped and the temperatures rose, providing excellent ripening due to optimal rainfall during the year. The year has therefore been one of the best in recent years. Fluidity, acidity and concentration augur for a long life of the wines of this vintage.
Sight Intense cherry colour with violet and bluish reflections which evidence its youth. Clean and bright wine. Nose Intense and fresh aromas in which the notes of red fruit (red currant, raspberry and cassis) stands out on the mineral notes provided by the licorella (slate soil). Taste A red wine with a nice and fresh attack and a good mid palate with a solid structure and a good, persistent finish. A fleshy and juicy wine with lots of red fruit and an excellent acidity.

Other wines from the winery Scala Dei 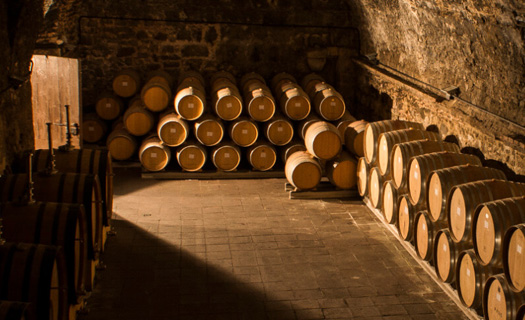 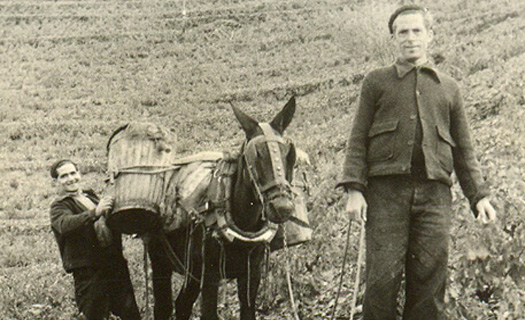