Carlos San Pedro, winemaker and owner of the Pujanza Finca Valdepoleo winery, has four estates at the foot of the Sierra de Cantabria, in the town of Laguardia (Rioja Alavesa). This project began in 1998, although the family has a winemaking history dating back three generations. Their wines are estate wines where the fruit is the main character and the barrel plays a supporting role to enhance the characteristics of the wine.

As the name suggests, Pujanza Finca Valdepoleo comes from the Finca Valdepoleo vineyards. 18 hectares of old vines with an average age of 40 years old, planted in clay-calcareous soil and lying at an average altitude of 630 m above sea level. These vineyards are cultivated and vinified separately by Carlos San Pedro, working each plot according to its terrain.

In terms of production, each plot is vinified separately. Firstly, a pre-fermentation maceration is carried out over five days. Then Pujanza Finca Valdepoleo ferments in stainless steel tanks between 24 and 26ºC with daily pump-overs. It is finally aged for 14 months in French oak barrels.

Pujanza Finca Valdepoleo is an estate red wine that reflects the freshness and typicality of Laguardia and does not include the D.O’s classifications of “crianza” and “reserva” on the label.

This vintage, rated as "Very Good", was characterized by the hard frost that occurred when the vegetative cycle was beginning in mid-April, and by the subsequent drought. Except for these two weather events, the year passed normally, with the vintage displaying a perfect health status in the last phase of the cycle. The wines of this vintage are characterized by having a somewhat higher average graduation than 2016, with a very good aging capacity and a high percentage of fine and very identifiable wines.
High summer temperatures define this vintage. After a mild winter with very little rainfall, spring began with a great deal of rain, which provided favourable conditions for the growth cycle of the vines. During the summer, they experienced very high temperatures and the absence of rain, which resulted in very healthy vines. As a general result, this was a balanced year, where the final absence of rains led to a good concentration of grapes. This year is noted for a vintage with volume that can be enjoyed as a young wine.
Pujanza Finca Valdepoleo 2015 is a fruity red wine with aromas of ripe red fruit and notes of spices, minerals and toast. On the palate it is balanced with good acidity and well-developed tannins.
It was a fairly balanced year until the harvest season arrived. The beginning of the cycle, in October, started with high temperatures, and it was not until mid-November that the first frosts began and the leaves of the vines began to fall to prepare for winter. Throughout the winter, rainfall was generous and water reserves could be secured for the growth cycle period. During the months of March and April, there was an increase in temperatures that led to the good sprouting of the plant. The growth cycle of the vines was suitable, and the sudden rise of temperatures resulted in quite a fast blooming. There was an optimal growth of the fruit, until the harvest season, when rains damaged the state of the grapes and caused a drop in production. This is a good vintage, but the last rains damaged the final result. The wines are good and can be drunk in the short- and mid-term, they have a medium body and material.
This vintage was marked by a very rainy and cold spring just at the time of the growth cycle. This fact caused it to ripen unevenly and with a certain delay. Thanks to a fairly dry September and October, the grapes that ripened with a certain delay were harvested in a selective manner. A complicated vintage, but with good results since there was an exhaustive selection of the grapes. A good balance between concentration and acidity in their youth define the wines from this vintage.
A good balance and few climate incidents define this vintage. The autumn began with mild temperatures and lack of rain. In March began the rain,as well as the development of the vines. At the beginning of the growth cycle of the vines, temperatures decrease and there were a lot of rainy days. This caused an irregular growth of the vineyard. After an unstable month of May, the temperatures increased, and a cycle without rains began. This resulted in perfect sprouts and a good flowering. The summer months were warm and with some heat waves, which caused a slower growth cycle and some symptoms of water stress, and thus a concentration of fruit. At the end of September, and before the harvest, there was some rain that was perfect for a great year thanks to the perfect ripening of the grapes. Good acidity and concentration define the wines from this vintage. Fine wines with a great ageing potential.
Sight An intense red in colour with a violet rim. Nose With an intense fruit aroma, it consists mostly of red fruit notes (blackberries and strawberries) as well as having mineral and sweet spice notes. Taste Powerful and slightly bitter on the palate with some fruity notes. Good acidity

Pujanza has a name of its own, Carlos San Pedro, a caste winemaker who carries the genes of a line that goes back four generations in his vocation for wine. His most immediate aim was to change the style, search for the terroir, and make a series of unique wines with very limited productions from sites with exceptional features that mark the personality of each one of their wines. With his youthful enthusiasm he has known how to connect with the contemporary consumers, creating harmonious wines, balanced in their essential combination of fruit and ageing, deep and elegant, with the purist style of Rioja Alavesa.

Other wines from the winery Pujanza 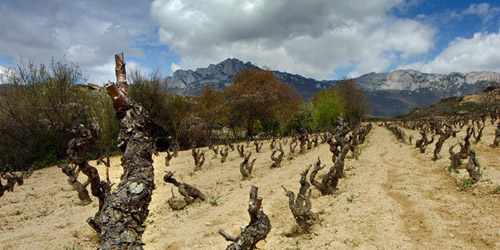 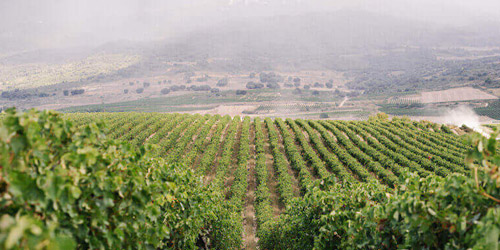 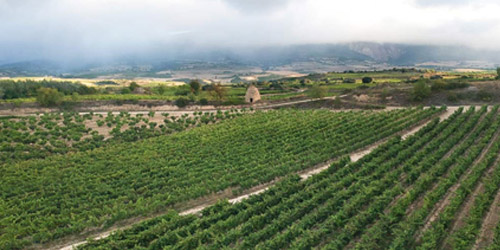 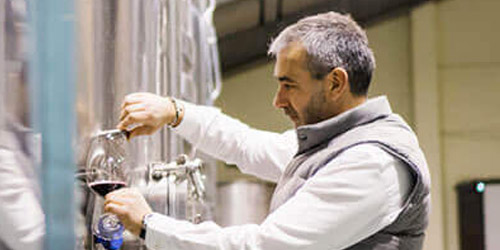 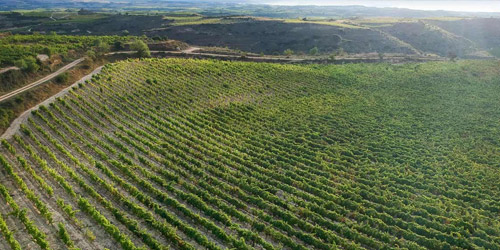 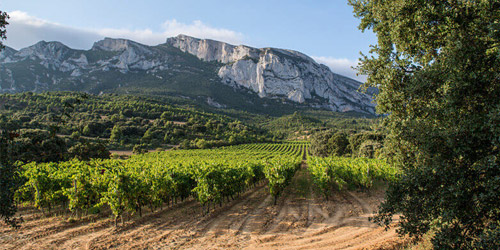