Money-back guarantee
If your order does not reach you in the right condition, please do not worry. We will refund the money.
More information about returns >>
8  Reviews of customers

Marqués de Cáceres Crianza is a wine from Rioja produced by Marqués de Cáceres, a winery that has more than four decades experience producing quality wines. It was founded in 1970 by Enrique Forner and pioneered the renewal of wines from Rioja. Currently, the fifth generation of the family is in charge of the winery.

The vineyards are spread throughout the Rioja Alta and Alavesa. The climate in the Rioja Alta is continental and moderate, marked by a Cantabrian influence. The climate in the Rioja Alavesa has the Mediterranean influence of the Cantabrian Sea. The mountains act as a natural barrier against the cold north winds so that temperatures are milder. This wine is a blend of Tempranillo (85%), Graciano and Grenache (15%) from 20 year old vines planted on stony and calcareous clay soils or poor quality. As for processing, after selection of the grapes, the stems are separated to avoid herbaceous flavours, the wine is left with its skins in stainless steel tanks to ferment. During this process, pumping and skin extraction takes place.
The temperature is 25º. A second fermentation is carried out to transform the malic acid into lactic acid, an important modification to the organoleptic character of the wine. Marqués de Cáceres Crianza spends 12 months in American (50%) and French (50%) oak barrels and for 12 months, before spending 10-12 months in bottle.

High summer temperatures define this vintage. After a mild winter with very little rainfall, spring began with a great deal of rain, which provided favourable conditions for the growth cycle of the vines. During the summer, they experienced very high temperatures and the absence of rain, which resulted in very healthy vines. As a general result, this was a balanced year, where the final absence of rains led to a good concentration of grapes. This year is noted for a vintage with volume that can be enjoyed as a young wine.
After a winter with normal temperatures and rainfall for D.O.Ca Rioja, high temperatures in spring and summer market his year, as well as the absence of rain at the most dangerous times for the vineyard. These factors led to very healthy vines, but the harvest was brought forward three weeks on average. As a result, this year was rated as a very good one in the area, with the only drawback of not reaching full ripeness. Therefore, the wines from this vintage are those typical from Rioja, with a slightly higher alcoholic strength and a good balance between acidity and ripening.
It was a fairly balanced year until the harvest season arrived. The beginning of the cycle, in October, started with high temperatures, and it was not until mid-November that the first frosts began and the leaves of the vines began to fall to prepare for winter. Throughout the winter, rainfall was generous and water reserves could be secured for the growth cycle period. During the months of March and April, there was an increase in temperatures that led to the good sprouting of the plant. The growth cycle of the vines was suitable, and the sudden rise of temperatures resulted in quite a fast blooming. There was an optimal growth of the fruit, until the harvest season, when rains damaged the state of the grapes and caused a drop in production. This is a good vintage, but the last rains damaged the final result. The wines are good and can be drunk in the short- and mid-term, they have a medium body and material.
This vintage was marked by a very rainy and cold spring just at the time of the growth cycle. This fact caused it to ripen unevenly and with a certain delay. Thanks to a fairly dry September and October, the grapes that ripened with a certain delay were harvested in a selective manner. A complicated vintage, but with good results since there was an exhaustive selection of the grapes. A good balance between concentration and acidity in their youth define the wines from this vintage.
A good balance and few climate incidents define this vintage. The autumn began with mild temperatures and lack of rain. In March began the rain,as well as the development of the vines. At the beginning of the growth cycle of the vines, temperatures decrease and there were a lot of rainy days. This caused an irregular growth of the vineyard. After an unstable month of May, the temperatures increased, and a cycle without rains began. This resulted in perfect sprouts and a good flowering. The summer months were warm and with some heat waves, which caused a slower growth cycle and some symptoms of water stress, and thus a concentration of fruit. At the end of September, and before the harvest, there was some rain that was perfect for a great year thanks to the perfect ripening of the grapes. Good acidity and concentration define the wines from this vintage. Fine wines with a great ageing potential.
Sight

The palate is fleshy and very fruity, with good acidity and showing a ripe and tasty tannins. Long finish. Aftertaste with toasted notes.

Sight Dark ruby red colour with light maroon edge. Clean and right. Nose Medium-intensity nose in which ripe red fruit stands out together with spiced nuances. Little by little, pleasant toasted notes gain more importance. Welcome balsamic hints in the background. Taste Red wine with a good attack and a mid-palate marked by the same red fruit found in the nose, but a bit stronger. It shows a great acidity and tasty and ripe tannins. Long and persistent finish with powerful toasted hints at retro-olfaction.
Sight The tasting repport of this wine is being translated. Meanwhile, you can check the Spanish version. 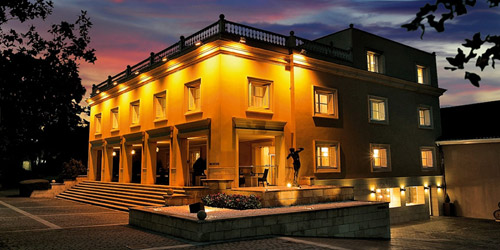 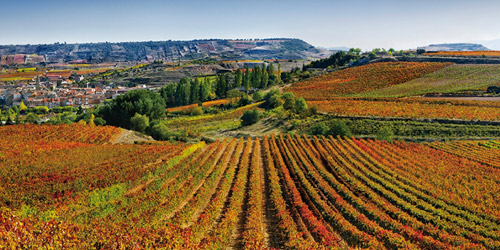 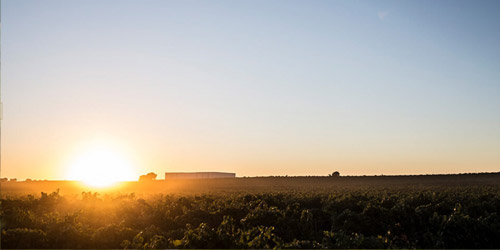 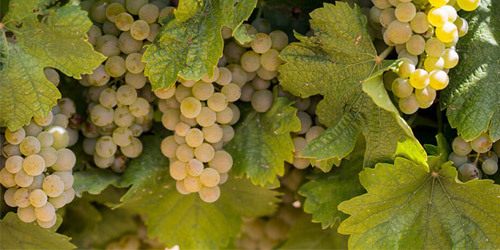 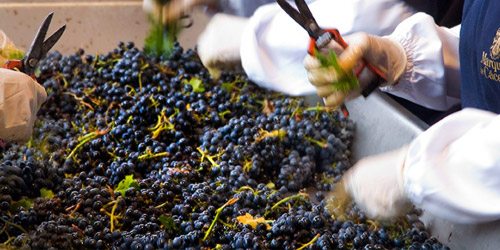 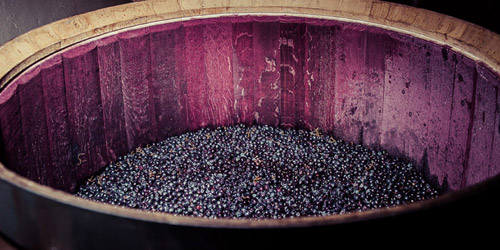