Luis Alegre Crianza is a red wine from the appellation of origin (D.O) La Rioja produced by the winery Luis Alegre. This wine is a blend of varieties Tempranillo (85%), Garnacha (5%), Graciano (5%), and Mazuelo (5%).

Luis Alegre Crianza originates from vineyards of around 30 years old. The vines are planted in soils rich in clay and chalk at 500 meters above sea level.

After the process of a manual harvest, the grapes are macerated and fermented for 15 days. Once the malolactic fermentation process has been achieved, Luis Alegre Crianza is transferred to American and French barrels.

The same barrels are used to age the wine. The barrels are new, two, three and four years old. The wine spends 80% of the time in the American oak and 20% in the French oak barrels.

Luis Alegre Crianza rests for one year in the bottle before being sold on the market.

High summer temperatures define this vintage. After a mild winter with very little rainfall, spring began with a great deal of rain, which provided favourable conditions for the growth cycle of the vines. During the summer, they experienced very high temperatures and the absence of rain, which resulted in very healthy vines. As a general result, this was a balanced year, where the final absence of rains led to a good concentration of grapes. This year is noted for a vintage with volume that can be enjoyed as a young wine.
After a winter with normal temperatures and rainfall for D.O.Ca Rioja, high temperatures in spring and summer market his year, as well as the absence of rain at the most dangerous times for the vineyard. These factors led to very healthy vines, but the harvest was brought forward three weeks on average. As a result, this year was rated as a very good one in the area, with the only drawback of not reaching full ripeness. Therefore, the wines from this vintage are those typical from Rioja, with a slightly higher alcoholic strength and a good balance between acidity and ripening.
It was a fairly balanced year until the harvest season arrived. The beginning of the cycle, in October, started with high temperatures, and it was not until mid-November that the first frosts began and the leaves of the vines began to fall to prepare for winter. Throughout the winter, rainfall was generous and water reserves could be secured for the growth cycle period. During the months of March and April, there was an increase in temperatures that led to the good sprouting of the plant. The growth cycle of the vines was suitable, and the sudden rise of temperatures resulted in quite a fast blooming. There was an optimal growth of the fruit, until the harvest season, when rains damaged the state of the grapes and caused a drop in production. This is a good vintage, but the last rains damaged the final result. The wines are good and can be drunk in the short- and mid-term, they have a medium body and material.
This vintage was marked by a very rainy and cold spring just at the time of the growth cycle. This fact caused it to ripen unevenly and with a certain delay. Thanks to a fairly dry September and October, the grapes that ripened with a certain delay were harvested in a selective manner. A complicated vintage, but with good results since there was an exhaustive selection of the grapes. A good balance between concentration and acidity in their youth define the wines from this vintage.
Sight Garnet colour. Shiny and clean. Nose A mix of cherry and red fruits, mineral tones and toasted touches from being aged in the barrels. Taste Potent, silky, wide and round. Smooth mineral taste and elegant tannins. A long, perseverant finish.
Sight An intense maroon colour. Clean and bright. Nose Red fruits, cherries, intermingled with minerals, spices and toasted notes form the wood like vanilla and coconut. Taste Broad, silky, powerful, round and tasty on the palate. Mineral nuances mix nicely with smooth, elegant tannins. Long and persistent finish.
Sight The tasting repport of this wine is being translated. Meanwhile, you can check the Spanish version.
Sight Intense maroon colour with slight ruby red reflections. Clean and bright. Nose Intense, clean and defined nose. Fine aromas of red fruit, cherries, join with toasted notes from the barrel. Spicy nuances, clove and pepper, light mineral notes, graphite, vanilla, coconut, cigar boxes and cedar. Once opened out, this nose becomes even more expressive. Taste Silky, round and tasty. Medium-bodied. Long and persistent finish. This red wine is expressive, lively and very enjoyable.

The winery is located in a singular 4-floor circular building (two of the floors are underground) in the heart of the region of Rioja Alavesa. This winery has innovative and forward-looking facilities with the best technologies, which complements the work conducted in the vineyards. Their great wines are elaborated on the base of the two following statements: a strict grape-selection process (with selection tables straight in the vineyards) and a pioneer form of addressing wood. Their wines are produced under the D.O.C. Rioja, most of them out of the variety Tempranillo, although the varieties Viura, Malvasía, Grenache and Mazuelo are also grown.

Other wines from the winery Luis Alegre 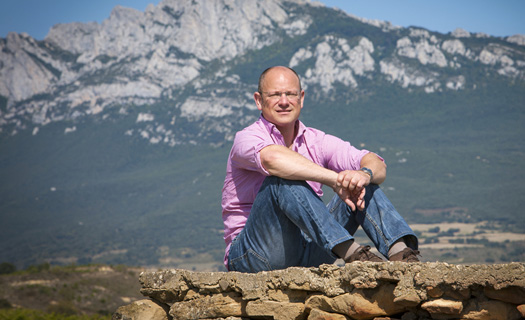 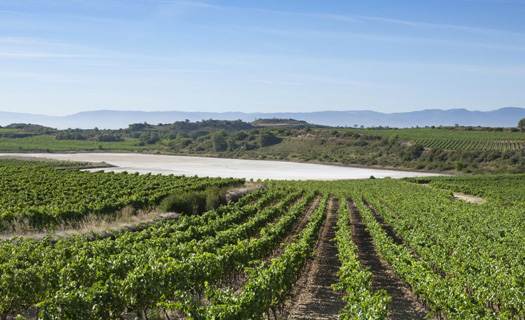 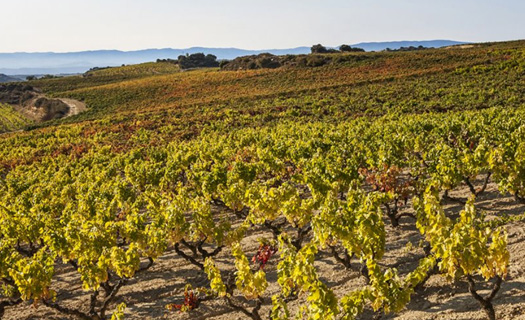 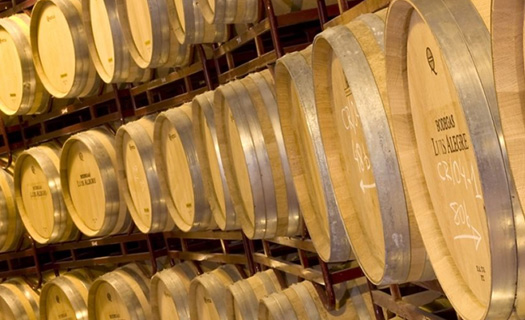