For each bottle you will get 31 Decántalo points which you can redeem for a selection of gifts in your next order.

La Felisa is a red wine made with Tinto Fino grapes from their own vineyards, between 15 and 25 years of age, worked organically and located at an altitude of 900 meters on loamy clay soils.

After harvesting by hand, the wine is fermented at a controlled temperature, macerating with the skins for 18 days. After aging for 12 months in used French oak barrels, it is bottled without added sulfites.

La Felisa 2018 is a concentrated red wine with aromas of black fruits and violet flowers, notes of liquorice and spicy vanilla touches. On the palate it is bulky, persistent and meaty with marked tannins and a pleasant and persistent finish.
The 2017 vintage rated as "Very Good" has been characterized by being a warm and dry year. Low water reserves at the start became more severe during the months of July and August, when conditions were extremely dry except for some heavy rains towards the beginning of the harvest. Yet without a doubt the defining moment of the year was the frost that affected much of Ribera del Duero on April 28th, immediately following budding, resulting in weak plant mass. This affected plant growth and flowering for the entire year resulting in major production losses. This mishap was followed by some very hot months in June and July. Due to these events the wines of this year are characterized by being wines with more volume and medium acidity. Perfect to drink while young and with a good capacity for aging.
After a dry winter, spring came loaded with rain. Thankfully, this water was stored, since it was much needed during the extremely dry summer. The low temperatures during spring delayed the sprouting of the vines, which led the growth cycle to start with delay. However, this delay was offset thanks to the high temperatures recorded in July and August, to the point of delaying ripening in those younger vineyards. The 2016 vintage beat the production record of the 2014 vintage. And not only in production, but also in quality due to the excellent weather conditions and the excellent health of the vineyards. The wines from this vintage offer a lot of volume, with a good capacity to face the passing of time, with roundness and spectacular tannins. A harvest reminiscent of those of the late 80s and early 90s. 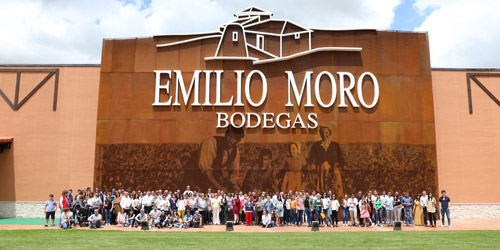 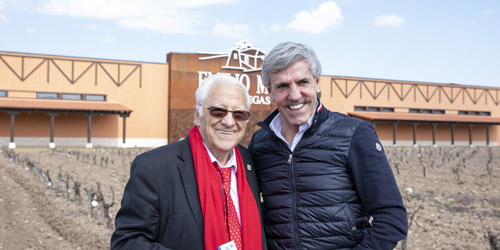