Formiga de Vellut is a red wine from D.O Priorat produced by Clos Galena-Domini de la Cartoixa. This is a blend of Garnacha Tinta, Cariñena and Syrah.

The vines where Formiga de Vellut is produced, orignate from completely organic methods under the protection and stamp of approval by the Consell Català de la Producció Agrària Ecològica (CCPAE).

The harvest is completed by hand with a selection of only the best grapes from the same vineyard.

On arrival to the winery, the grapes for Formiga de Vellut, each variety is fermented separately at a constant 22ºC for one week.

Subsequently, the grapes are macerated at 28ºC and the must is filtered by a gentle press.

Finally the blend is made and Formiga de Vellut remains in French (80%) and American (20%) for 9 months before being bottled.

Domini de la Cartoixa, also known as Clos Galena, is a projected dreamed up by Miguel Pérez Cerrada, a university professor with a huge passion for wine. Toni Coca, a well-known oenologist applies his knowledge to help the winery.

The Priorat region was marked by heavy drought and heat. Following an autumn and winter with normal temperatures and rainfall, spring began with an abnormal drought and high temperatures. Flowering was successful, occurring before the expected date, but the rains didn’t come. During the summer the high temperatures continued, and the lack of rainfall resulted in the earliest harvest in history. In general, the wines of this vintage are noted for their concentration, being less pronounced in wines produced with local varieties such as Grenache or Cariñena. Perfect for enjoying young, and with a medium aging capacity.
Formiga de Vellut 2016 is an intense red wine which expresses itself with frankness. This vintage highlights the surprising balance between the aromas of ripe red fruit, the toasted notes of ageing and the mineral notes of the terroir.
The vintage began in autumn in the best possible way, with good rainfalls that would fill the water reserves for optimal growth development. Winter was characterised by low temperatures and even snow covered some areas of Priorat. March started wet and cold, which delayed the budding of the vines. In mid-May, flowering was encouraged and was followed by a somewhat unstable June with several rainfalls.
A year with a very good balance. This vintage was characterised by the absence of water stress for the plants. Winter and spring were favourable in terms of rainfall and temperatures were slightly higher than usual. At the time of budding, there was no rain, so the vines developed in a suitable manner. The flowering took place in a clean way and the Grenache vines settled in an excellent way. Summer was characterised by cool and dry days, but also humid, which led to good photosynthesis and growth of the plants. During the end of the summer, before the harvest, there was still some humidity, which preserved the freshness of the soil and, consequently, achieving a gradual ripening of the grapes, perfect to retain the aromas and the good acidity. The negative factor was the rain during the harvest days. In short, the vintage has been somewhat atypical for Priorat, with wines that are less voluminous than in a normal year in the area, but with a good acidity that is reflected in the wines and that will keep them optimal for many years.
A year that started with some problems with the flowering but ended up being very good. Winter was colder and rainier than usual. Spring continued with days of low temperatures and a lot of water that delayed flowering and the consequent setting problems until the end of March, affected production. After a complicated year, when the summer began, the rains stopped and the temperatures rose, providing excellent ripening due to optimal rainfall during the year. The year has therefore been one of the best in recent years. Fluidity, acidity and concentration augur for a long life of the wines of this vintage.
Sight Intense cherry red. Nose Complex aromas and fresh red and black fruit with balsamic touches. Taste Potent and fresh, fleshy finish. Mature and fresh tannins.

Clos Galena is the result of constant work of a man of science, life projects of Miguel Perez Cerrada, a winemaker and lecturer who founded an estate in Priorat vineyard and built his own winery in order to produce unique wines. 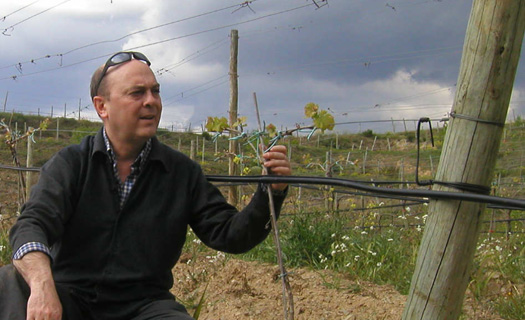 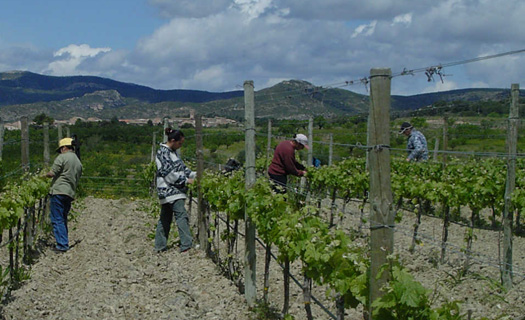 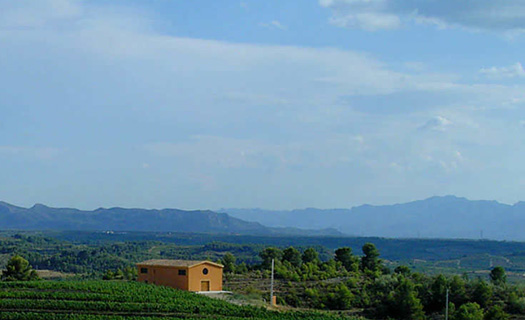 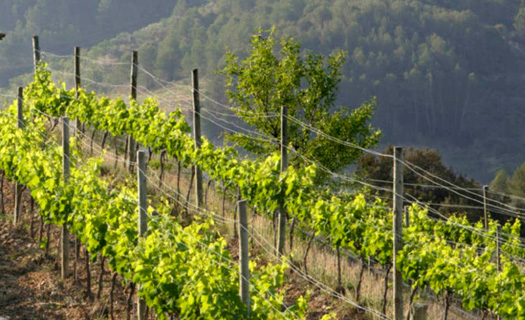