Money-back guarantee
If your order does not reach you in the right condition, please do not worry. We will refund the money.
More information about returns >>
4  Reviews of customers

For each bottle you will get 46 Decántalo points which you can redeem for a selection of gifts in your next order.

Finca Monasterio is a red wine from D.O. La Rioja produced by Barón de Ley. This wine is a coupage of Tempranillo (80%) and small amounts of Cabernet Sauvignon and other varieties.

The grapes used by Finca Monasterio come exclusively from a single vineyard planted in 1985. It is located surrounding a Benedictine monastery founded in the 16th century, situated in the town of Mendavía, in Rioja Baja, hence the name of the wine, which literally means “monastery farm”.

After the corresponding harvesting processes, carried out according to the conventional methods, Finca Monasterio is aged for 18 months in new French oak barrels. After this stage, this wine rests for 6 more months in 10,000-litre French oak foudres.

Ultimately, Finca Monasterio is bottled without using filtering or stabilisation. Therefore, some natural sediments may have remained in the bottle.

Barón de Ley is a project that was born in 1985 with the purchase of 90 hectares of vineyards. The facilities of the winery, as they are today, were expanded in 1997. Finca Monasterio presents itself as one of the main exponents of the new generation of wines made by the winery.

This vintage, rated as "Very Good", was characterized by the hard frost that occurred when the vegetative cycle was beginning in mid-April, and by the subsequent drought. Except for these two weather events, the year passed normally, with the vintage displaying a perfect health status in the last phase of the cycle. The wines of this vintage are characterized by having a somewhat higher average graduation than 2016, with a very good aging capacity and a high percentage of fine and very identifiable wines.
High summer temperatures define this vintage. After a mild winter with very little rainfall, spring began with a great deal of rain, which provided favourable conditions for the growth cycle of the vines. During the summer, they experienced very high temperatures and the absence of rain, which resulted in very healthy vines. As a general result, this was a balanced year, where the final absence of rains led to a good concentration of grapes. This year is noted for a vintage with volume that can be enjoyed as a young wine.
After a winter with normal temperatures and rainfall for D.O.Ca Rioja, high temperatures in spring and summer market his year, as well as the absence of rain at the most dangerous times for the vineyard. These factors led to very healthy vines, but the harvest was brought forward three weeks on average. As a result, this year was rated as a very good one in the area, with the only drawback of not reaching full ripeness. Therefore, the wines from this vintage are those typical from Rioja, with a slightly higher alcoholic strength and a good balance between acidity and ripening.
It was a fairly balanced year until the harvest season arrived. The beginning of the cycle, in October, started with high temperatures, and it was not until mid-November that the first frosts began and the leaves of the vines began to fall to prepare for winter. Throughout the winter, rainfall was generous and water reserves could be secured for the growth cycle period. During the months of March and April, there was an increase in temperatures that led to the good sprouting of the plant. The growth cycle of the vines was suitable, and the sudden rise of temperatures resulted in quite a fast blooming. There was an optimal growth of the fruit, until the harvest season, when rains damaged the state of the grapes and caused a drop in production. This is a good vintage, but the last rains damaged the final result. The wines are good and can be drunk in the short- and mid-term, they have a medium body and material.
A good balance and few climate incidents define this vintage. The autumn began with mild temperatures and lack of rain. In March began the rain,as well as the development of the vines. At the beginning of the growth cycle of the vines, temperatures decrease and there were a lot of rainy days. This caused an irregular growth of the vineyard. After an unstable month of May, the temperatures increased, and a cycle without rains began. This resulted in perfect sprouts and a good flowering. The summer months were warm and with some heat waves, which caused a slower growth cycle and some symptoms of water stress, and thus a concentration of fruit. At the end of September, and before the harvest, there was some rain that was perfect for a great year thanks to the perfect ripening of the grapes. Good acidity and concentration define the wines from this vintage. Fine wines with a great ageing potential.
An excellent vintage in Rioja. With a mild autumn, and a cold and rainy winter, the growth season began with enough resources for the perfect development of the vines. During this period, there were no pests and diseases until the end of the growth cycle. During the harvest, there were no significant rains, so the health and ripening of the grapes were excellent. A great year with great aged wines that can be stored for a long time. Perfect balance between the most amiable tannins and the good acidity, which give these wines an extraordinary length.
2010 was considered the perfect vintage after some very good years. An optimal growth cycle, without incidents regarding the health of the vineyards. The harvest took place during a magnificent state of the vines and with a moderate production, with good fruit setting and slow ripening. A great year with excellent ageing potential, which resulted in spicy and fruity wines, with a very good structure and acidity.
Sight Deep cherry red colour with violet edges. High robe, bright. Nose High-intensity nose in which ripe, black and juicy fruit stands out, together with pleasant toasted, spiced and roasted hints appear little by little. A very harmonious nose. Taste In the mouth, it is a red wine which shows power and body in the perfect measure. It has a mid-palate marked by a great acidity and a ripe and sweet tannic sensation. It is like in the nose harmonious and balanced. Long and persistent finish which leaves intense, fruity and toasted notes at retro-olfaction. 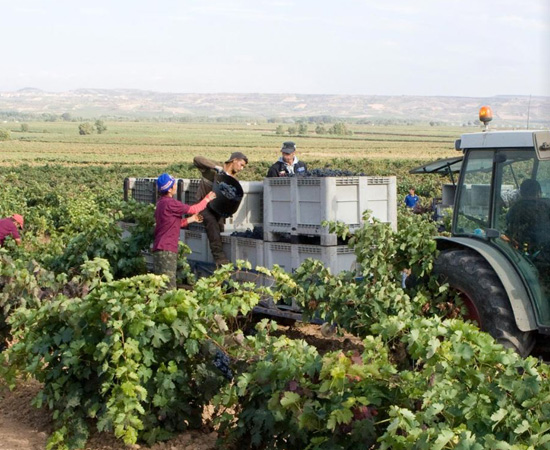 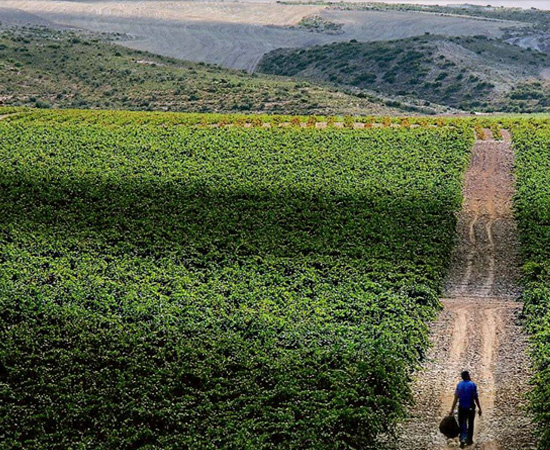 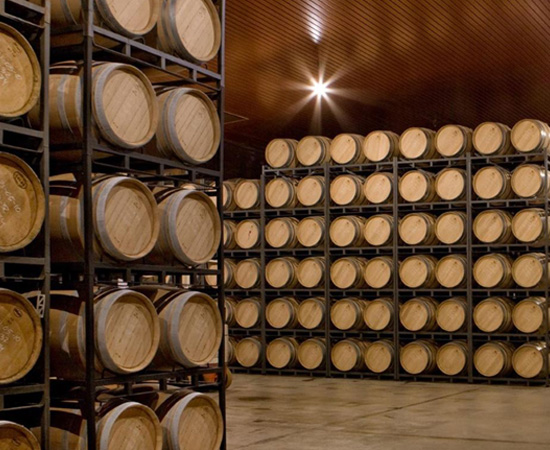 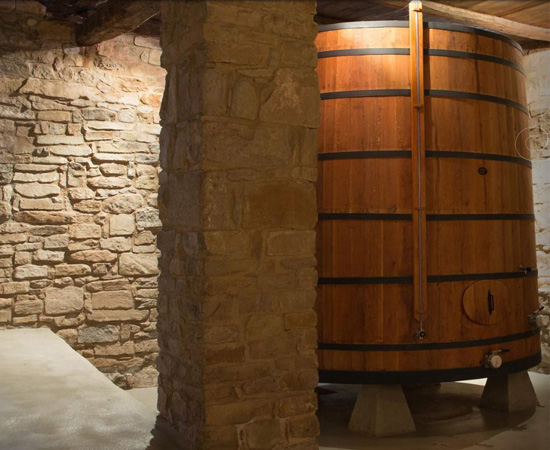 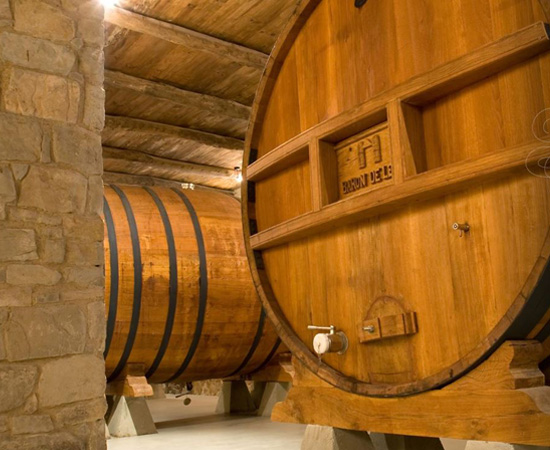 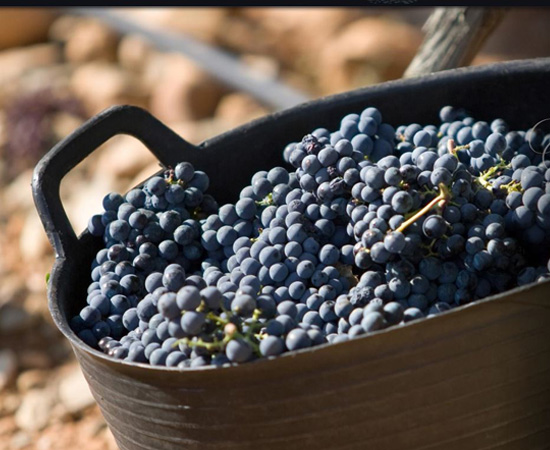