Camí de Pesseroles is a wine made with Red Grenache and Carignan from a vineyard that is over 80 years old, planted on slopes with crushed licorella soils. This vineyard is formed by 3 plots located on the path that goes from Gratallops to Torroja del Priorat.

Harvesting is carried out manually, selecting the grapes in the vineyard. The grapes ferment with native years in different containers, wooden vats and cement deposits, for approximately one month. For the ageing, they work with used barrels and demijohns, calculating the percentages according to the vintage.

The Priorat region was marked by heavy drought and heat. Following an autumn and winter with normal temperatures and rainfall, spring began with an abnormal drought and high temperatures. Flowering was successful, occurring before the expected date, but the rains didn’t come. During the summer the high temperatures continued, and the lack of rainfall resulted in the earliest harvest in history. In general, the wines of this vintage are noted for their concentration, being less pronounced in wines produced with local varieties such as Grenache or Cariñena. Perfect for enjoying young, and with a medium aging capacity.
We present the new 2016 vintage, characterised by the wettest winterin the last five years. Not only did it rain in winter, but there was also wet weather up until summer arrived, especially inMarch and April. In summer everything changed, and it was one of the driest inhistory, with only 28 litres being recorded between July and October.If we compare the temperatures in 2012 and 2016, the 2016 crophad to endure a much colder winter than in 2012, which turned outto be positive, since the frost cleared the fields ofvine parasites. During the spring, lower temperaturesthan in 2012 were also recorded.Due to all these climatic conditions there was a delay insprouting, which began on March 28th, and which led to a delayin flowering of between three and four weeks.Once the summer arrived, the Priorat got all the luck, sincethe rains disappeared, while in the rest of Europethey were incessant. It was something that nobody expected considering thewinter we’d had. Taking into account the delay insprouting, the harvest started around mid-October on some ofthe estates.Obtaining fresh wines with an extraordinary acidity is dueto this long duration of the grape in the strain that has so characterisedthis vintage.
In a warm vintage like 2015, Camí de Pesseroles has found a good balance with the fluidity. The demijohns have refined the wine and have given it greater length and precision. As a result, we have a concentrated and deep wine, in which the aromas of black fruit and aromatic herbs such as thyme emerge.
A year with a very good balance. This vintage was characterised by the absence of water stress for the plants. Winter and spring were favourable in terms of rainfall and temperatures were slightly higher than usual. At the time of budding, there was no rain, so the vines developed in a suitable manner. The flowering took place in a clean way and the Grenache vines settled in an excellent way. Summer was characterised by cool and dry days, but also humid, which led to good photosynthesis and growth of the plants. During the end of the summer, before the harvest, there was still some humidity, which preserved the freshness of the soil and, consequently, achieving a gradual ripening of the grapes, perfect to retain the aromas and the good acidity. The negative factor was the rain during the harvest days. In short, the vintage has been somewhat atypical for Priorat, with wines that are less voluminous than in a normal year in the area, but with a good acidity that is reflected in the wines and that will keep them optimal for many years.
A year that started with some problems with the flowering but ended up being very good. Winter was colder and rainier than usual. Spring continued with days of low temperatures and a lot of water that delayed flowering and the consequent setting problems until the end of March, affected production. After a complicated year, when the summer began, the rains stopped and the temperatures rose, providing excellent ripening due to optimal rainfall during the year. The year has therefore been one of the best in recent years. Fluidity, acidity and concentration augur for a long life of the wines of this vintage.
Sight An intense cherry colour. Nose On the nose it is complex, intense and unique. Toasted cereal notes are mixed with red fruit, spices, liquorice, figs and certain mineral nuances. Taste Good first impressions on the palate. Powerful with stable tannins.
A strong mineral, fruit and spice presence.
Good acidity and a long, fruity aftertaste with a persistent finish.

Sight Cherry red colour with violet reflections. High robe, very covered. Clean and bright. Slow-falling coloured tear. Nose Complex nose, a succession of aromas of red fruit mixed with notes of raspberry, figs, notes of alcohol and from the ageing, liquorice, spices and mineral nuances. A complete aromatic pleasure. Taste In the mouth, it is a powerful wine with a good attack. Toasted, mineral ad spiced notes stand out. Good acidity and fruity aftertaste. Long and persistent finish.
Sight The tasting repport of this wine is being translated. Meanwhile, you can check the Spanish version.

Other wines from the winery Mas Martinet 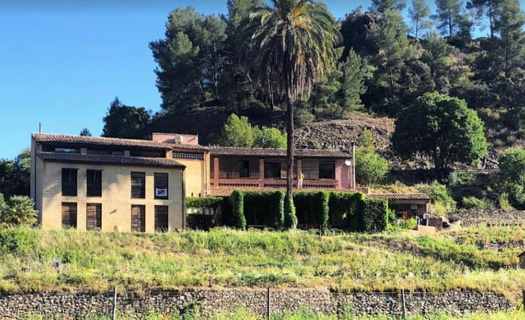 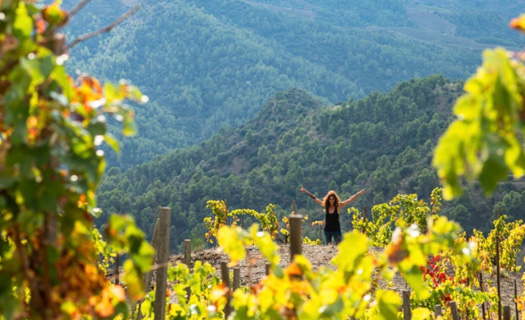 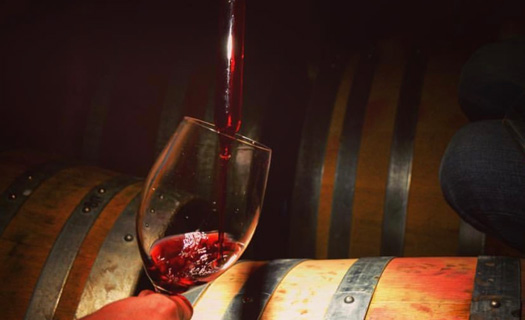 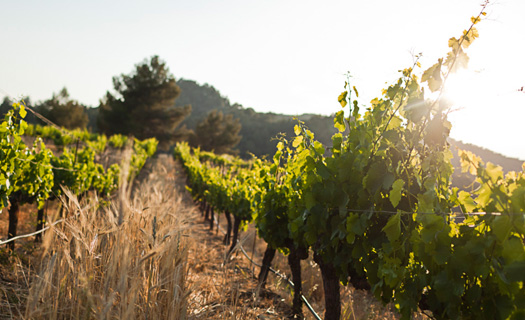