Viña Pedrosa Crianza is a red wine from the Ribera del Duero produced by Bodega Hermanos Pérez Pascuas. It is a varietal Tinta del Pais.

The vines grow on soils of gentle terrain and with calcareous clay. The climate is Atlantic and the average annual temperature does not exceed 11º.

The grapes used comes from vines between 20 and 25 years old. The harvest is done manually and production is 4,000 kilos per hectare.

Bodega Hermanos Pérez Pascuas was a dream that materialized in 1980, when the brothers Benjamín, Adolfo y Manuel started working the vines that their father had left them.

The winery is located in Pedrosa de Duero, a town with centuries of wine tradition.

It is large and bulky. Soft, although of great character. Round, persistent and lengthy.

Elegant and complex. Fruit aromas and aging notes.
On the palate it is full of flavour and balanced with a final taste of currents and blueberries. Good retro-nasal passage.

On the nose it has primary and aging aromas that are in perfect harmony. Tantalizing hints of wood.
Broad in the mouth. Fleshy and powerful with lots of volume. Lots of fruit and an elegant, bitter finish. Very long and persistent.

Complex in the nose. Ripe fruit and notes from its ageing in the barrel: spices, tobacco, milky touches and truffle.
Alcohol: 14.00%
Production area:

Viña Pedrosa is a reality that shows the personal challenge of the family Pérez Pascuas. Their innate sensitivity and their particular vision of the future, make their wines participate in the secret complicity between the science of their production, and the pleasure of their tasting. Although this winery has not had ‘made noise’ in Ribera del Duero, the Pérez Pascuas family has de DNA of the area in their blood. Their wines, always balanced, and designed to withstand the passage of time, have managed to stay aside of excesses, trends and fashions in vogue. Today, it is an example of a serious, well consolidated winery, that has always been known for the regularity of its wine production, harvest after harvest. 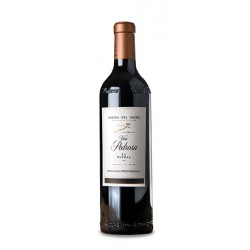 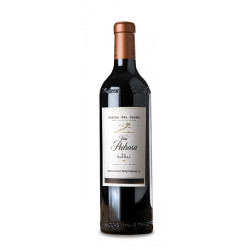 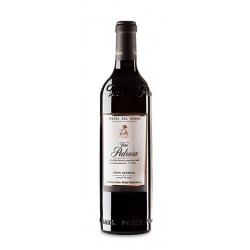 A powerful and full wine with great character and lengthy 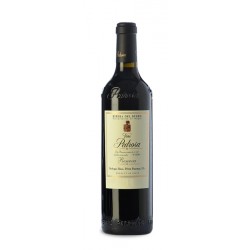