Since 2003, Bodegas Vetus chooses to preserve the essence of Toro, at the same time as they are inspired by the discovery of new concepts, new nuances. His extensive experience in the hotel and restaurant business lead Gonzalo Antón to create a wine, Vetus, which soon became one of the most appreciated ones in restaurants. The addition of new production techniques and his desire to continue improving have drawn him towards creating his own style, which consolidated over time. Quality, the connection with gastronomy and the fondness for the land, are the main pillars of Bodega Vetus.

Bodegas Vetus was a founding piece of Grupo Artevino, which started in the world of wine with the help of Gonzalo Antón who, together with a group of friends and entrepreneurs from Álava, built in Bodegas Izadi in Villabuena de Álava in 1987, in the heart of La Rioja Alavesa. In 2000, his son, Lalo Antón, joined the company, where he promoted commercialisation abroad. He also helped expand the company, which under the name of Artevino, took over the new projects Villacreces Finca (D.O. Ribera del Duero ), Bodegas Vetus (D.O. Toro and D.O. Rueda) and Orben (D.O.Ca. Rioja). The four wineries maintain a unique and well-differentiated personality, although they share the same goal: the production of quality wines in the most emblematic areas of their respective denominations of origin. Attention to detail, effort and care when they start any project, are the fundamental pillars of each of these wineries that seek to transmit the identity of each area and the character of each land.

In 2003, the Antón family, at the forefront of Artevino, decided to enter Toro, knowing the future and power of this denomination. Villabuena del Puente, near Toro, was the place chosen to build an innovative winery, focused on the production of quality wines. After selecting several plots of the area, they made the first Vetus, a wine thought to preserve the essence of Toro, investigating new nuances and presenting new concepts. The success and the goods results achieved promoted the location of a farm in the heart of the denomination. Here, they started to build a modern winery that was opened in 2008. A the top of a hill, the Vetus winery looks over the spectacular Tinta de Toro farm, just a few kilometres from the town centre of Toro, the epicenter of the denomination. With a modern and balances design, it integrates three buildings in an orderly manner. These buildings gather the different wine production processes. The winery has double punch-down deposits adjusted to the size of the subplots of the farm to be able to produce the wine accordingly. In a dainty and calm room they store the 400 French and American oak barrels where they age the wines before they go on to the next building, where they have their bottle racks. From the terrace of the headquarters, at the front of all of them, we can see a beautiful panoramic view of all the farm and its natural surroundings.

Vetus has a 20-hectare farm planted with the variety Tinta de Toro on a slope facing north-south. Here, they carry out a viticulture that respects the natural environment. The farm is divided into three plots with vineyards of different ages and a different plantation pattern. This allows a thorough care of the vines and a selective vinification, adding a wide range of nuances and more complexity to their wines.

The farm is in a climate limit zone, considered continental and especially harsh. Here, the large temperature changes between night and day during the ripening seasons favour an aroma and colour with more intensity. The exhaustive control of the vineyard, along with the study of the plants and their environment, enable their understanding and care. This allows them to work with low yields and sustainable agriculture, which aims to optimise the raw material provided by the farm as the best reflection of the land and the variety. As a result of this incursion and observation in the area, they discovered a small plot of the pre-phylloxera, ungrafted, called Camparrón. Here, the winery found the maximum expression of the Tinta de Toro variety, which they use to make a limited amount of their Celsus wine.

Below is a the list of wines made by Vetus:

Flor de Vetus is a single-variety wine made from Tinta de Toro. It is aged for 9 months in French oak barrels (50%) and American oak barrels (50%). This wine has a marked fruity character, with slight toasted notes. In the mouth, it is fresh and round, with undergrowth and pepper. Very sweet. It has nuances of liquorice, and a clean and pleasant finish.

Vetus is a single-plot wine (vino de finca) made with a selection of Tinta de Toro from the most special areas of the farm that surrounds the winery. It is aged for 12 months in new French oak barrels. On the nose, it is reminiscent of black fruit. In the mouth, it is voluminous, with notes of red fruit and coffee, and a very pleasant aftertaste with a compote and liquorice finish.

Celsus is born from a small, almost century-old plot of old Tinta de Toro vines with low yield, called Camparrón, located in Morales de Toro. This wine is always a limited edition and it is made in those vintages of extraordinary quality. It is aged for 14 months in new French oak barrels made of fine grain wood. It has extraordinary aromas of ripe fruit, powerful, toasted, with chocolates and minerals. In the mouth, it is tasty and meaty, with a good unctuousness and marked spices. It has mature tannins and a persistent finish.

Flor de Vetus Verdejo is a wine marketed under D.O. Rueda. It is a varietal wine of Verdejo that comes from a selection of small plots of old vineyards in the westernmost area of D.O. Rueda. They are located at around 900 metres above sea level, which gives them freshness and their essence, the main features of the personality of this wine. This white wine has a high aromatic intensity and a great fruity expressiveness, reminiscent of tropical fruit, with citric and mineral notes. It has a pleasant mid-palate and a persistent finish.

A complex and elegant wine from old vines 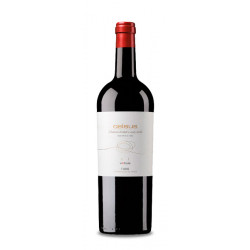 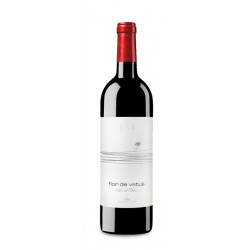 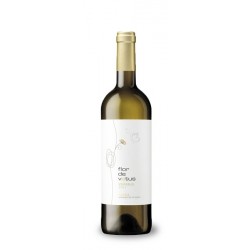 Vetus, a red with the essence of the heart of Toro 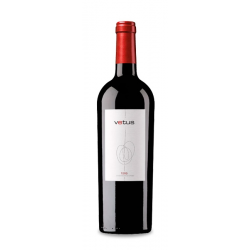