Orto Vins is the project of 4 partners and friends who wanted to return to their origins of winemaking, when their grandparents and great-grandparents used to vinify the grapes in the presses, and when the vine growers made the wine in their homes. In fact, they were 4 young countrymen from El Masroig with a long cooperative tradition in their families. Two brothers, Jordi and Josep María Beltrán, and two cousins, Joan Asens and Josep María Jové, who have obviously known each other since they were born. The most popular one of them is probably Joan Asens because he was the oenologist of the winery Álvaro Palacios in Priorat and he laid the foundations of the famous red wine, L’Ermita. However, they all follow the steps of their parents, grandparents and great-grandparents in the traditional cultivation of vines. They all provide their lands and their work to the project Orto Vins, which was launched in 2008 when they decided to produce with the grapes of their vines and name their wines. However, as of right now they do not have their own winery; they make their wines in the cooperative of El Molar.

The name ‘orto’ refers to the moment when a star crosses the horizon and becomes visible. Just like it happened to them and their vineyards, which they spent years cultivating for others, or taking the grapes to the cooperative. It is also a prefix in Greek that means ‘rectitude, work well done, beauty’.

What they are certain about at Orto Vins is the raw material, the vineyard. The vineyards they own are located in the municipality of El Masroig, in the region of Priorat. However, they are under Denomination of Origin Monsant. Orto Vins owns 12 farms that cover around 20 hectares. Among them we can highlight Carrerada, Coma, Coma Roquera, Coma Gigolà, l’Era, l’Hort, Obagues, Sorts, Sortetes, Riguera, Tossalet and Tallades. They are located on slight slopes with several orientations, although those facing south prevail. They are located between 52 and 250 metres above sea level, with ages raging from 18 to 90 years old, this is, apart from the pre-phylloxera vines of Picapoll Negro. The lands are mainly calcareous, with prevailing quaternary alluvial silty clay or ‘panales’, clays, gravel and although in less amounts, slates. The plantation density is between 3,800 and 6,000 vines per hectare, with 70% of cultivation in vase-shape and 30% in double Royat. The varieties cultivated are mostly the traditional ones of the area: Carignan and Grenache, accompanied by Ull de Llebre (Tempranillo) and Cabernet Sauvignon, all of them cultivated traditionally with an organic orientation.

Below is a list of the wines produced by Orto Vins:

Blanc d’Orto Brisat and Blanc d’Orto Flor are two varietal white wines made with white Grenache. They come from 5 farms, 4 of Masroig and 1 of La Torre Fontaubella, with a total of 1.7410 hectares, planted on mainly calcareous soils with prevailing clays and gravels. They are located between 90 and 330 metres, and the vines are between 40 and 60 years old, trained in vase-shape. They ferment in 500-litre second or third-use barrels, and they remain with their lees for 7 months.

Orto Tinto is born from a coupage of 55% Samsó (Carignan), 29 % Grenache, 6% Cabernet Sauvignon, 10 % Ull de Llebre (Tempranillo), all with an age between 18 and 90 years old, from 12 different farms in the municipality of Masroig: Carrerada, Coma, Coma Roquera, Coma Gigolà, l’Era, l’Hort, les Obagues, les Sorts, les Sortetes, Riguera, Tossale and Tallades. The total surface area is of 10.9896 hectares, with 70% of traditional cultivation in vase-shape, and 30% of double Royat training. It is aged for 3 months in French oak barrels. This wine has a medium opacity, shiny and luminous, with an intense aroma of red fruit, with a subtle coating of flower petals. In the mouth, it is easy to drink, fresh, with tannins that are not too strong and allows for an easy tasting.

Les Comes d’Orto is made with 50% Grenache, 45% Samsó and 5% Ull de Llebre from 3 different farms in the municipality of Masroig: Coma Nicolau facing north, Coma Roquera facing west, and Coma Gigolà facing south. The total surface area is of 1.7100 hectares, with an age between 37 and 70 years. It is aged for 12 months in French oak barrels. Its aroma is intense, with a base of ripe fruit, like plums, which are accompanied by notes of liquorice. Its entry in the mouth is fresh, with certain power. Long and with complex tastes, like red fruit, notes of liquorice, undergrowth, and some touches of final minerality.

Dolç d’Orto Tinto is a natural sweet varietal wine of Garnacha Peluda and Garnacha Lisa from different farms of Masroig, aged between 40 and 90 years. It has a very intense colour, almost opaque. Its aroma, like its colour, is dense and complex, with notes of dried figs, raisins, cocoa... In the mouth, it is ample, sweet, fresh and with great presence of fruity notes.

Dolç d’Orto Blanco is a mixture of varieties, such as 80% White Grenache, Maccabeu, Planta, Tripó de Gat, Mamella de Monja, Picapoll Blanc, Trobats and Ceps de Sant Jaume, cultivated on different farms in Masroig on soils that are mainly calcareous with prevailing clays and gravels. They are located between 50 and 330 metres, with ages between 40 and 130 years.

La Carrerada is a single-vineyard wine or ‘vino de finca’ from La Carrerada, owned by José Mª Jové, with 0.7382 hectares. It was planted with Carignan in 1956, with a yield between 1,200 and 1.500 kg/ha. It is part of a farm located at the exit of Les Sorts. This wine has a dark but luminous colour, with aromas of a good complexity. It has smells of liquorice and a minerality that is accompanies by black fruit, like blackberries and plums. In the mouth, it is easy to drink, long and with a good tannic concentration that promises a long life ahead.

Les Pujoles is a varietal of Ull de Llebre cultivated on the farm Bancal de Les Pujoles, owned by Jordi Beltrán, with 0.6877 hectares. It was planted in 1990 on calcareous soils with prevailing quaternary alluvial silty clay or ‘panales’, and it is part of a farm located at the exit of Les Sorts. The plantation density is of 3,800 vines per hectare. Therefore, its production ranges between 500 and 600 kg/ha. This wine has a very intense colour and an extremely dense aroma, with notes of liquorice mixed with black fruit, like plums. In the mouth, it is full, long and with a good integration of the tannins and the fruit, which will give it a long life.

Palell is made with Garnacha Peluda from the farm Palell, with 0.5171 hectares. This farm was planted in 1950, and it is part of a farm located at the exit of Pallell. The plantation density is of 3,800 vines per hectare. Therefore, its production ranges between 1,000 and 1,500 kg/ha. It has quite an exuberant but subtle aroma with marked citrus notes like grapefruit. In the mouth, it is very sensual and fresh, with a vibrant tannic and a range of fresh tropical fruit that makes it very long.

Les Tallades de Cal Nicolau honours Joan’s great-grandfather, who emigrated from Serós to Masroig to build the bridge that joins the village with El Molar. This wine is a varietal of Picapoll Negre from old vines in Les Tallades de Cal Nicolau, with 0.17 hectares planted in 1880. This farm is part of a farm located at the exit of Les Tallades, planted mainly on calcareous soils with prevailing quaternary alluvial silty clay or ‘panales’ at around 70 metres of altitude on a gentle slope. The plantation density is of 3,800 vines per hectare. Therefore, its production ranges between 1,000 and 1,500 kg/ha. It has very peculiar aromas, with floral nuances, such as lilacs, and a background of red fruit like pomegranate and wild strawberries. In the mouth, it is like fresh fruit juice, with a special and quite unique tannins. 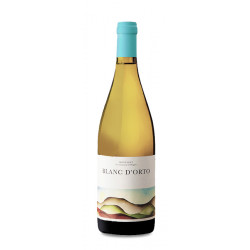 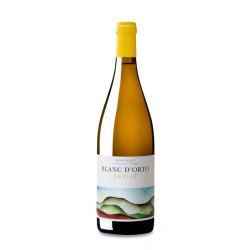 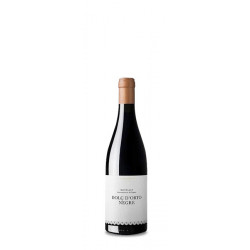 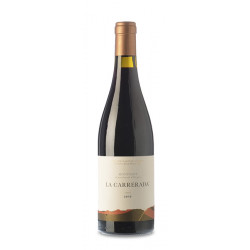 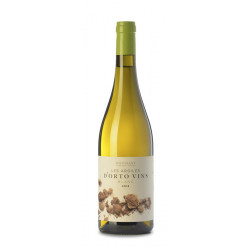 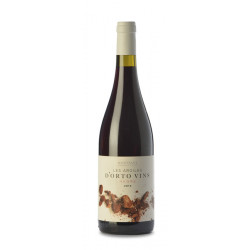 A tasty and fresh Montsant Garnacha 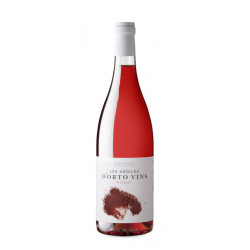 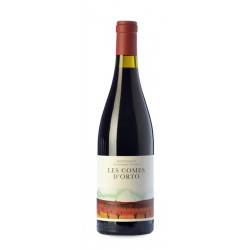 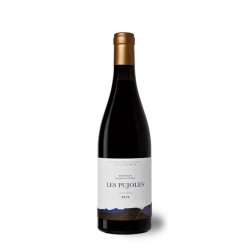 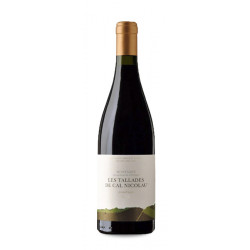 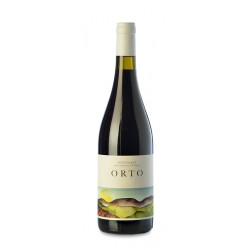 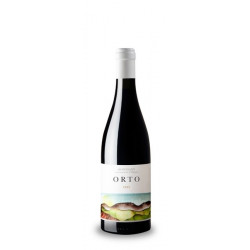 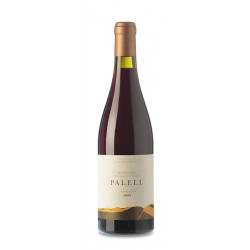