Made entirely with the native Baga variety

Luis Pato Vinha Pan is a barrel-aged red wine made by Luis Pato in Beiras (Portugal) with the native Baga variety.

Although the Pato family have been cultivating vines in Quinta do Ribeirinho for a long time, it was not until 1970 when João Pato began bottling wine and became the first producer in the Bairrada area. Later, in 1985, his son Luis Pato revolutionised the denomination. He introduced destemming and aging in new French oak barrels and also produced the first Vinhas Velhas wine in Portugal. Pato is, without a doubt, a leader in the Portuguese wine industry.

Luis Pato Vinha Pan comes from old vines planted in clay and limestone soils, in the town of Panasqueira (Castelo Branco). This is a south-facing slope cultivated using environmentally friendly agriculture with the harvest carried out manually at the optimal point of ripeness.

When the Luis Pato Vinha Pan grapes are harvested, they undergo hyperoxygenation as an alternative to adding sulphates. The wine then ferments at a controlled temperature and finally ages in 500-litre oak barrels. Before it is bottled, the wine is clarified and filtered.

Made with this winery’s star variety, Luis Pato Vinha Pan is a 100% Baga red wine that is pleasant, fruity and juicy, and will develop well in the bottle for over 15 years.

Real reviews from customers who have purchased this product
14709 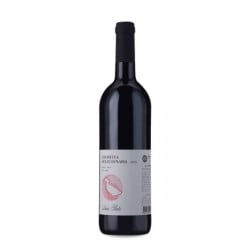 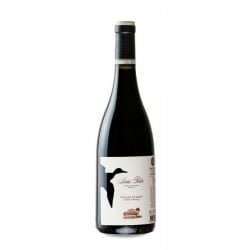